For some people in DeSoto County, simply getting to the polls to cast their ballot is an ongoing challenge. 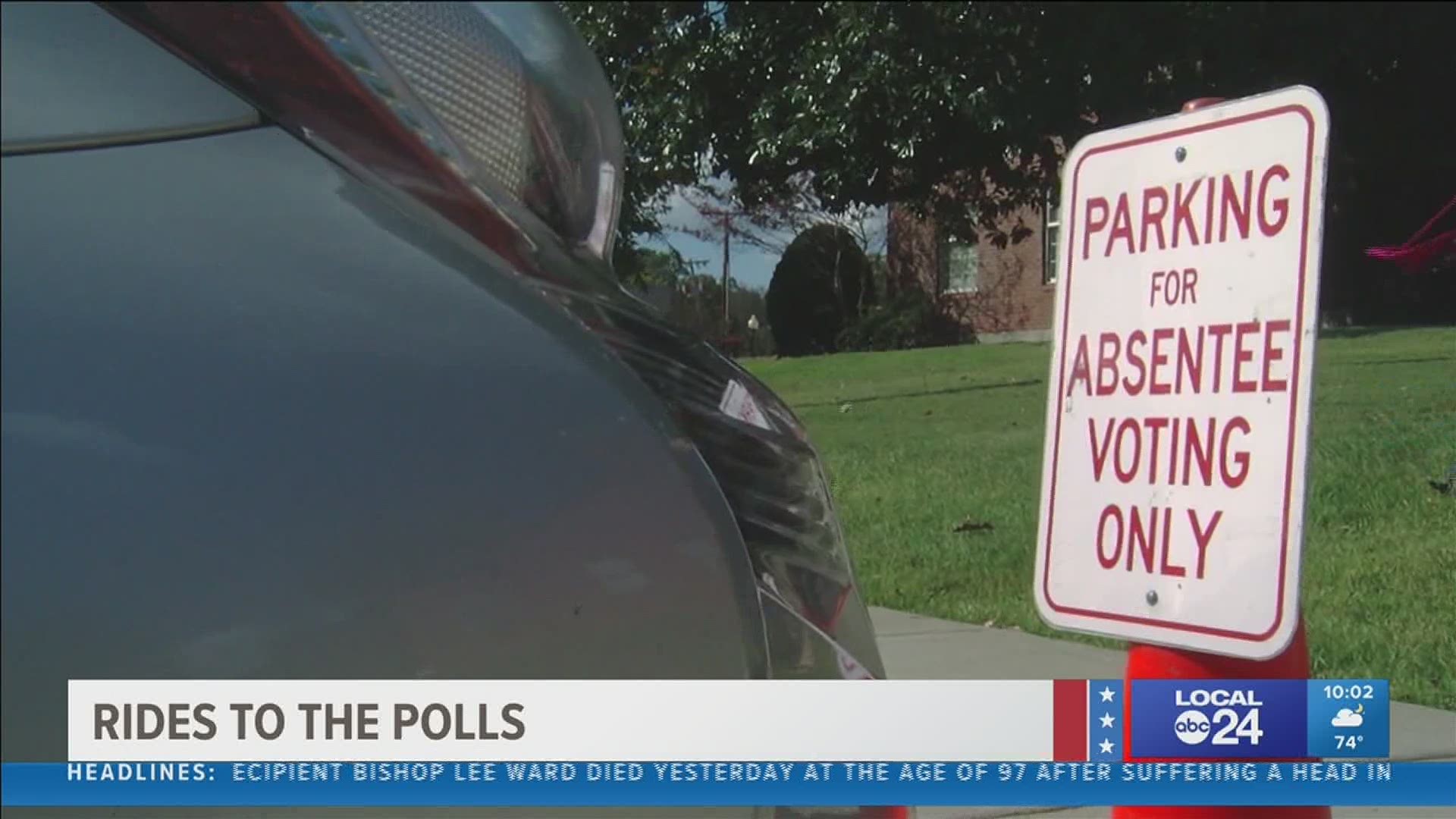 WALLS, Miss — Many people in DeSoto County do not have reliable transportation, which is a major problem when it comes to going to the polls to vote. The problem has grown since COVID-19 started, especially for elderly people who cannot drive, making it impossible for some to have the chance to cast their ballot.

For Charlotte Powers and her husband, getting the chance to vote during this election was slim since they do not have a car. They live in Walls, a small, rural town in northern DeSoto County, where there is not a public transit system.

"We have no transportation and if I have to go and ask somebody to take us to go vote that either takes money for gas which I don’t have," Powers said.

However, voting means a lot to her and she did not want the lack of a ride to the polls to make eight years of not voting turn into twelve. Powers proudly remembered the feeling she had the first time she was legally allowed to vote.

"When I got that opportunity to go and vote it meant everything to me," Powers said. "It was a power of ‘hey, I got a voice’ and I know I can help somebody else maybe."

On Wednesday, with the help of volunteer Kelly Jacobs, the vice-chair of the DeSoto County Democratic Party, Powers and her husband got a ride to the DeSoto County Courthouse in Hernando to vote absentee in person. Powers was thrilled to exercise her privilege of being a part of choosing our government leaders.

"It really meant a lot for her to give me the opportunity to call someone that could help me," Powers said.

She lives in a small, rural town in DeSoto County, MS where many people don't have transportation.

A volunteer stepped up to make sure she and her husband were able to vote absentee today. @LocalMemphis #Election2020 pic.twitter.com/QRIwwGtAT0

Jacobs said it's important that neighbors, family, and friends step up and help one another get to the polls.

"Reach out and help people participate in the election," Jacobs said. "It’s the American thing to do."

Powers said do not be afraid to ask for a ride if you need one because your vote matters, especially right now.

Jacobs recommends calling family, friends, or local churches if you need a ride. Living Word Ministry in Walls is one church helping take people to the polls. If you would like a ride from their church, you can call 662-548-5411.