Should things get ugly election day, Mid-South law enforcement will be ready 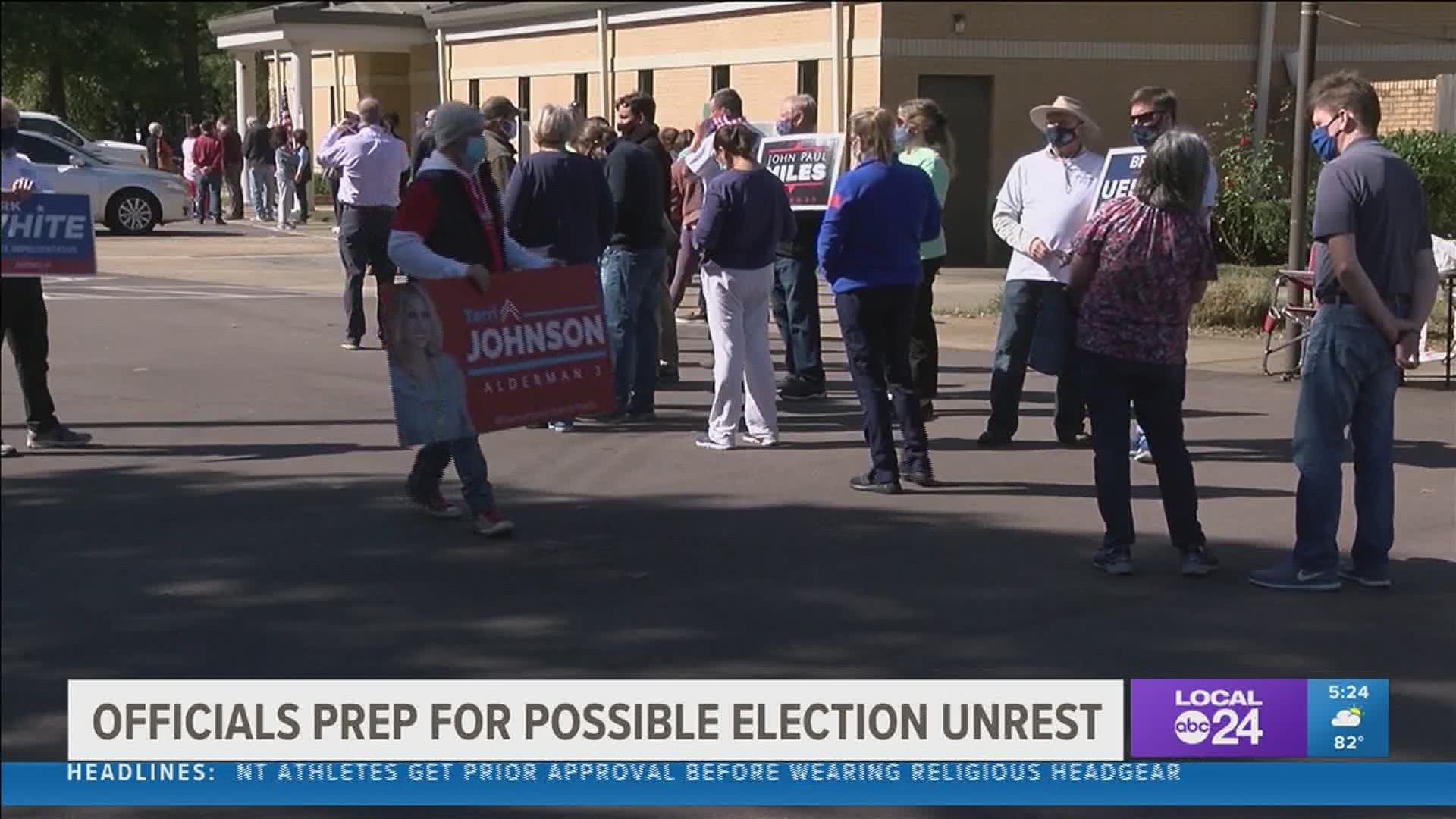 MEMPHIS, Tenn. — You’ve heard the old saying, better safe than sorry. Or the one that says prepare for war in a time of peace. That appears to be what’s happening with local political leaders and law enforcement officials as voting continues for the Nov. 3rd general election.

With tension running high this year, particularly over the presidential election, local officials are wise to be drafting plans in case there are serious altercations at polling sites.

Both Memphis Mayor Jim Strickland and Shelby County Mayor Lee Harris are involved in the contingency planning. They are working with law enforcement officials and the Tennessee Emergency Management Agency. According to The Daily Memphian, the discussions have focused on how to deal with serious complaints of voter intimidation, voter suppression, and possible protests and civil unrest on or after Election Day.

Memphis Police Director Mike Rallings was even more emphatic - interference with the election process will not be tolerated. So far, activity at early voting sites has been tame – with the exception of a shouting match last week between supporters of incumbent state representative John DeBerry and challenger Torrey Harris.

The bigger concern is unrest after the election by people who are unwilling to accept the outcome. With COVID-19 still moving through the community, the last thing we need are unruly crowds. The good news is, local officials are prepared. But here’s hoping their plans won’t be needed. And that’s my point of view.