Reportedly, the President told advisers he was saving Barrett for when Ginsburg. 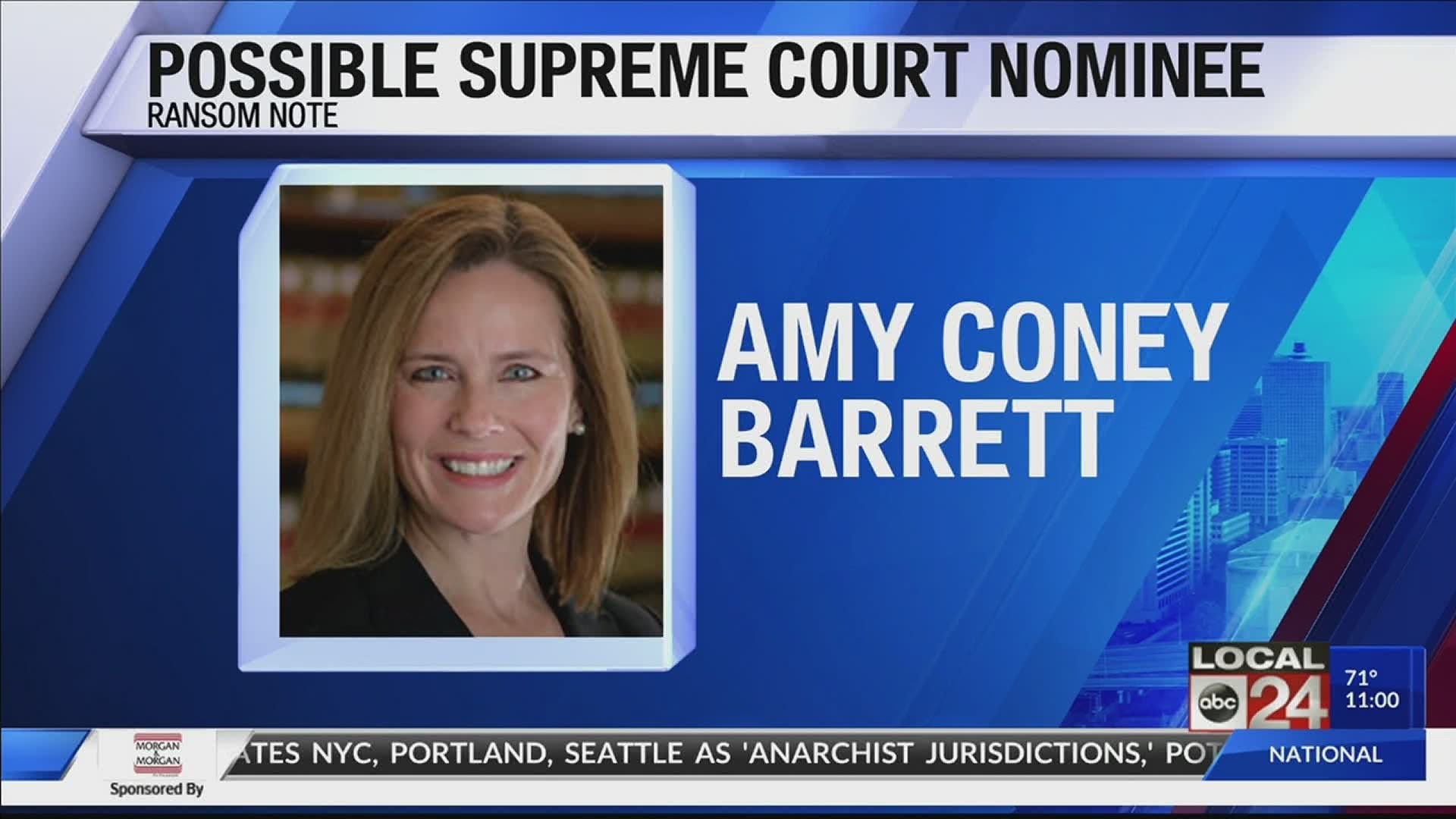 Easily the odds-on favorite to become President Trump’s nominee is someone who graduated from Rhodes College in the mid-90's.

Right now, Amy Coney Barrett is a federal judge in Chicago for the court of appeals in the 7th circuit.

She almost got nominated the last time there was an opening on the highest court, but the President reportedly told advisers he was saving Barrett for when Ginsburg retired.

Barrett excelled while at Rhodes. She was recognized as the most outstanding English major and for having the best senior thesis.

From there it was on to Notre Dame with a full scholarship where she became editor of the school’s law review.

She is a hero among religious conservatives and if nominated, will likely be sworn-in.

And if she does land one of the nine top judgeships in the land, will immediately bring more prestige to Rhodes.

Proving that a liberal arts education can turn out conservatives too.