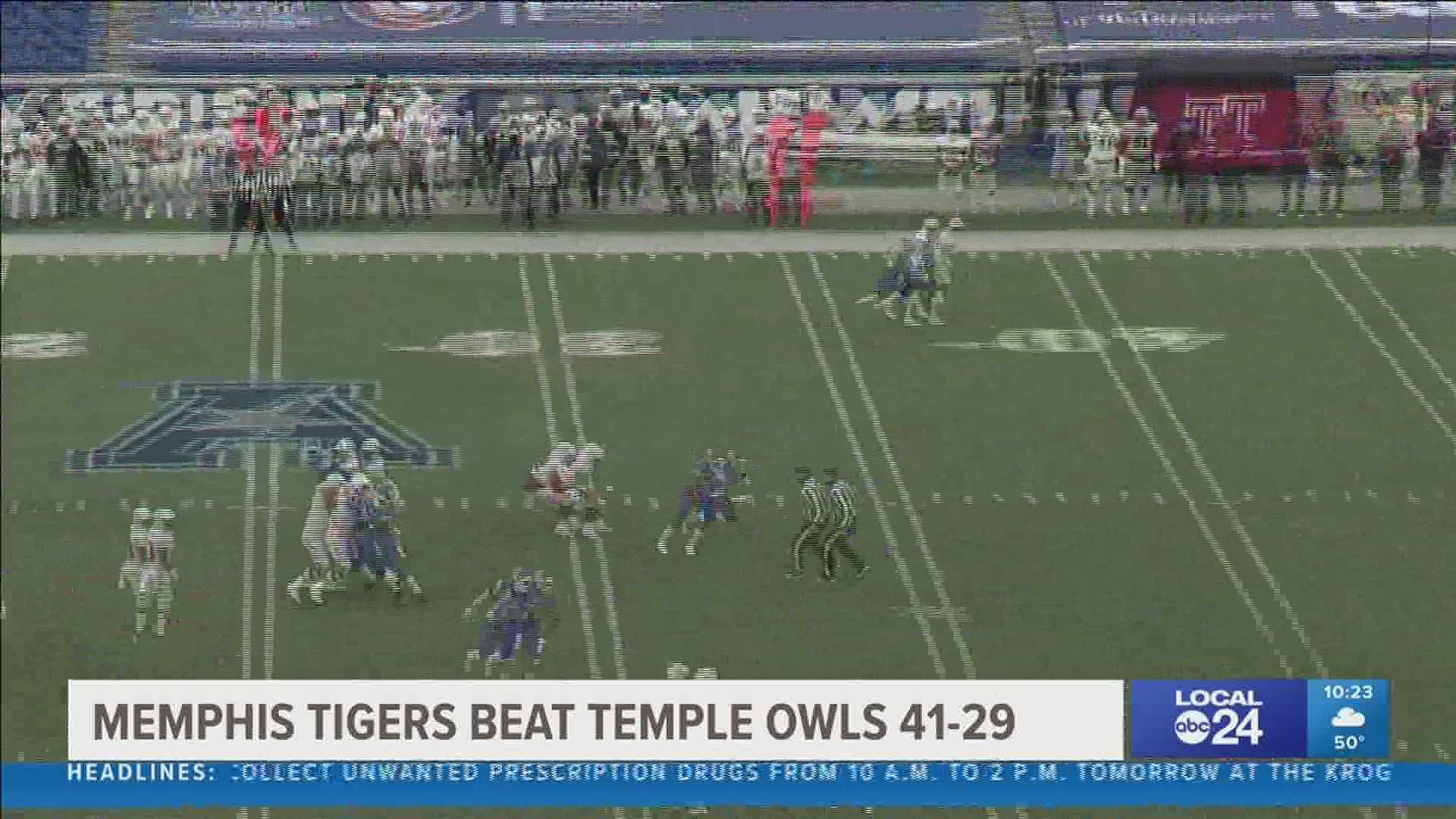 MEMPHIS, Tenn. — We all know what happened the last time Memphis played Temple.

Last season's game came down to a blown call on what should have been a Joey Magnifico catch. This year, the Tigers did not leave it to chance, outscoring the Owls 31-14 in the second half to grab their second conference victory, 41-29.

"A great Temple team, truly Temple tough. But I'm proud of our guys," Ryan Silverfield said. "Way to go out there and get a conference win."

"I was really excited to play this game to kind of redeem ourselves," Brady White said, citing the frustration of their overall game versus Temple in 2019, not just the final call. "Even today, it wasn't pretty at all. I'm telling our guys we have a lot of work to do."

"It's a notch in our belt," Silverfield said. "But there are a lot more notches that we need to keep working on."

The turning point came in the third quarter. Trailing 15-13, Memphis managed to force two turnovers and score two touchdowns in the span of just 7 plays.

Calvin Austin III found the endzone on a career-long 65-yard touchdown grab in that stretch, part of a 184-yard night for the Tigers new No. 1 receiver.

Defensive back Rodney Owens had two picks, and a pass breakup that was almost a third (and would have been the most impressive).

We kind of had the mindset after the UCF game to come in and keep working," Owens said. "We gave up too many yards and we knew that wasn't us as a defense. I feel like this was us making our statement."

"We said before the game, they said: 'We take care of y'all, y'all take care of us.'" Austin said. "I feel like [the Temple game] was a good test for Cincinnati, but the biggest test, I think, for Cincinnati will be how we come to practice this week. Because I know if we prepare how we need to prepare, the coaches are going to come up with a great game plan, and once again, it's just going to be up to us to execute."

The Tigers will be seeking their first road win of the season when they play Cincinnati, Saturday at 11:00 a.m.