What does it take to be a commercial astronaut? The FAA just changed its requirements

Getting your astronaut wings isn't as easy as just making the trip to space. 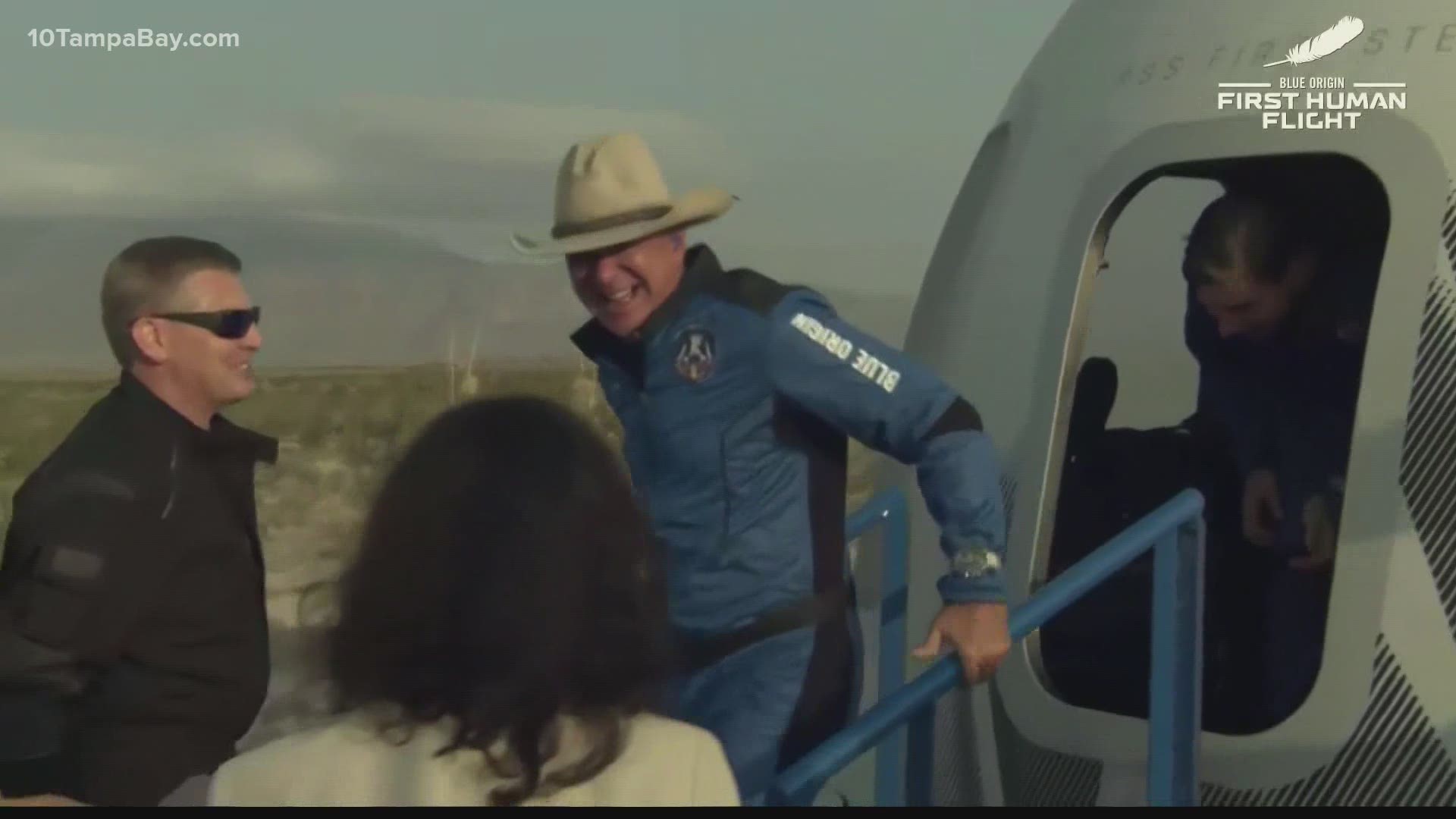 With the rise of the commercialization and privatization of space, anyone could be an astronaut. Right?

The answer to the newly pressing question is: Well, kind of.

On July 20, the Federal Aviation Administration made the first formal revision to its Commercial Space Astronaut Wings Program since its inception in 2004.

"When the program was first created in 2004, its focus was to recognize flight crewmembers who furthered the FAA’s mission to promote the safety of vehicles designed to carry humans," the FAA said in a statement to 10 Tampa Bay.

"The FAA has now changed the focus to recognize flight crew who demonstrate activities during flight that were essential to public safety, or contributed to human space flight safety, among other criteria. This change aligns more directly to the FAA’s role to protect public safety during commercial space operations," it added.

Check out some of best photos from today’s historic #NSFirstHumanFlight pic.twitter.com/aqQg0gzxi4

The battling billionaires' historic company launches came with an argument about where space really begins. Blue Origin headed to the Kármán line (about 62 miles) so its astronauts wouldn't have an "asterisk next to their name."

But it looks like the FAA will be getting the last word in determining whom among the crews could be deemed commercial astronauts.

RELATED: As private spaceflights launch, who gets to be called an astronaut?

Under the new FAA Commercial Space Astronaut Wings Program, launch crewmembers must now "demonstrate activities during flight that were essential to public safety, or contributed to human space flight safety."

Don't fret, if you have a wad of cash and are itching to go to space, you could still, in theory, get your wings. The FAA will issue honorary awards to those "whose contribution to commercial human space flight merits special recognition."

To qualify for the designation you still are required to demonstrate a contribution or service to the commercial space industry that is either deemed beneficial or extraordinary.

Their faces say it all. #Unity22 pic.twitter.com/6ASznshNxT

RELATED: Where does space begin? It's an argument that's still up for debate

So, what does that mean?

Under the new criteria, Branson's crew would be more likely to earn their wings given members were tasked with conducting experiments and evaluating elements of the flight experience to better future flights.

While Bezos' crew would likely fall under the honorary awards category, given Blue Origin boasts the fact that no pilots are needed for the space adventure. Instead, the experience the company is offering is a suborbital sightseeing trip, of sorts.

According to the administration's website, crews looking to receive either designation must be nominated by the FAA, DOT, U.S. government representative, or FAA-licensed launch/reentry vehicle operators.

10 Tampa Bay has reached out to Blue Origin and Virgin Galactic to see if applications for wings have been filed. This story will be updated once we hear back.

RELATED: Aerospace company building hypersonic plane to get you anywhere on Earth in one hour