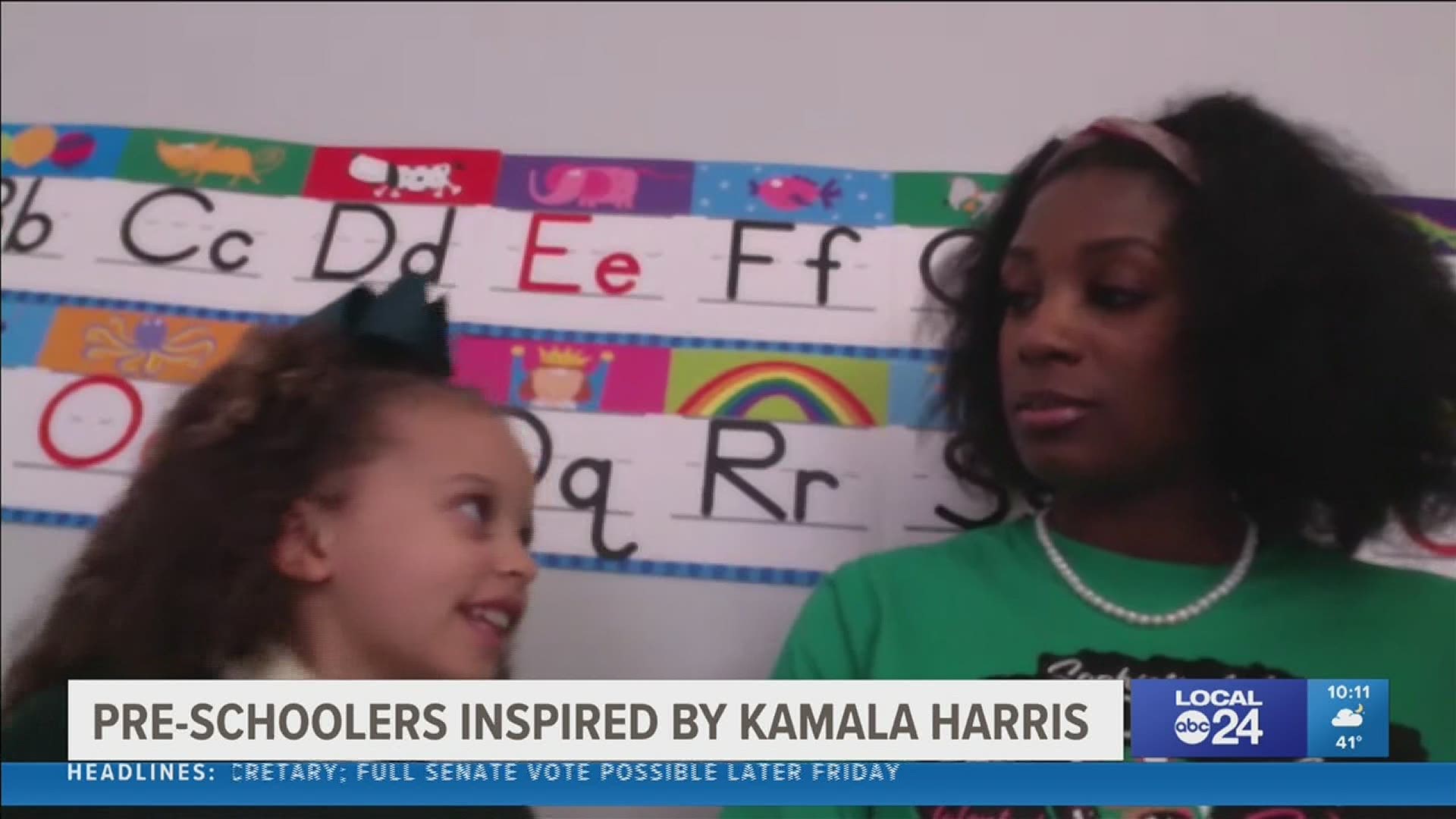 MEMPHIS, Tenn — Wednesday's historic inauguration continues to impact many across our nation.

Right here in Memphis is no exception. A local pre-school shared a picture on Inauguration Day, and it has gone viral.

Chucks and pearls. Those are the symbols associated with Vice President Kamala Harris because she often wears them.

She represents hope for many even down to the smallest of her supporters.

For the young ladies at Miniature Minds, representation is everything.

On Inauguration Day, Porter posted a photo of the girls in the school. The little ladies were in chucks and pearls.

“We posted the picture. We went on to lunch to celebrate and watch the inauguration and my phone just started buzzing,” said Porter.

The picture was buzzing with adoration and cuteness. The girls went viral.

It wasn't just the thousands of likes, shares, and celebrity attention. It was the message behind the image.

“Boys like to tell us that you’re a girl. You can’t do that. For the girls to see that she, Kamala, became the first female Vice President, it was proof that our dreams are no longer dreams,” said Porter. “We’re done dreaming. This is reality.”

When you ask Cowan and Hamilton about Vice President Harris, you get pure joy.

“Because she’s our new Vice President and this made me happy a lot,” said Hamilton.

“I’m not sure if they were fully able to take in what was happening in that moment, but just to see someone who looked like that was more than enough,” said Porter.

Perhaps they understood more than we thought.

“Maybe one day I can be the President,” said Cowan.

“Same with me. I want to be Vice President too,” said Hamilton.

Porter asked the girls, “What do you think the responsibilities are?”

It sounded fair for two 4-year-olds hoping to one day meet Harris herself.

Until then, the chucks and pearls hold the connection.

“These are so special to me because one of these pearls stick together,” said Hamilton.

That is fitting for a country striving for unity.

RELATED: HBCU graduates reflect on the swearing in of Vice President Kamala Harris