Memphis police say two men who shot an off-duty officer are also wanted for a carjacking and multiple car break-ins. 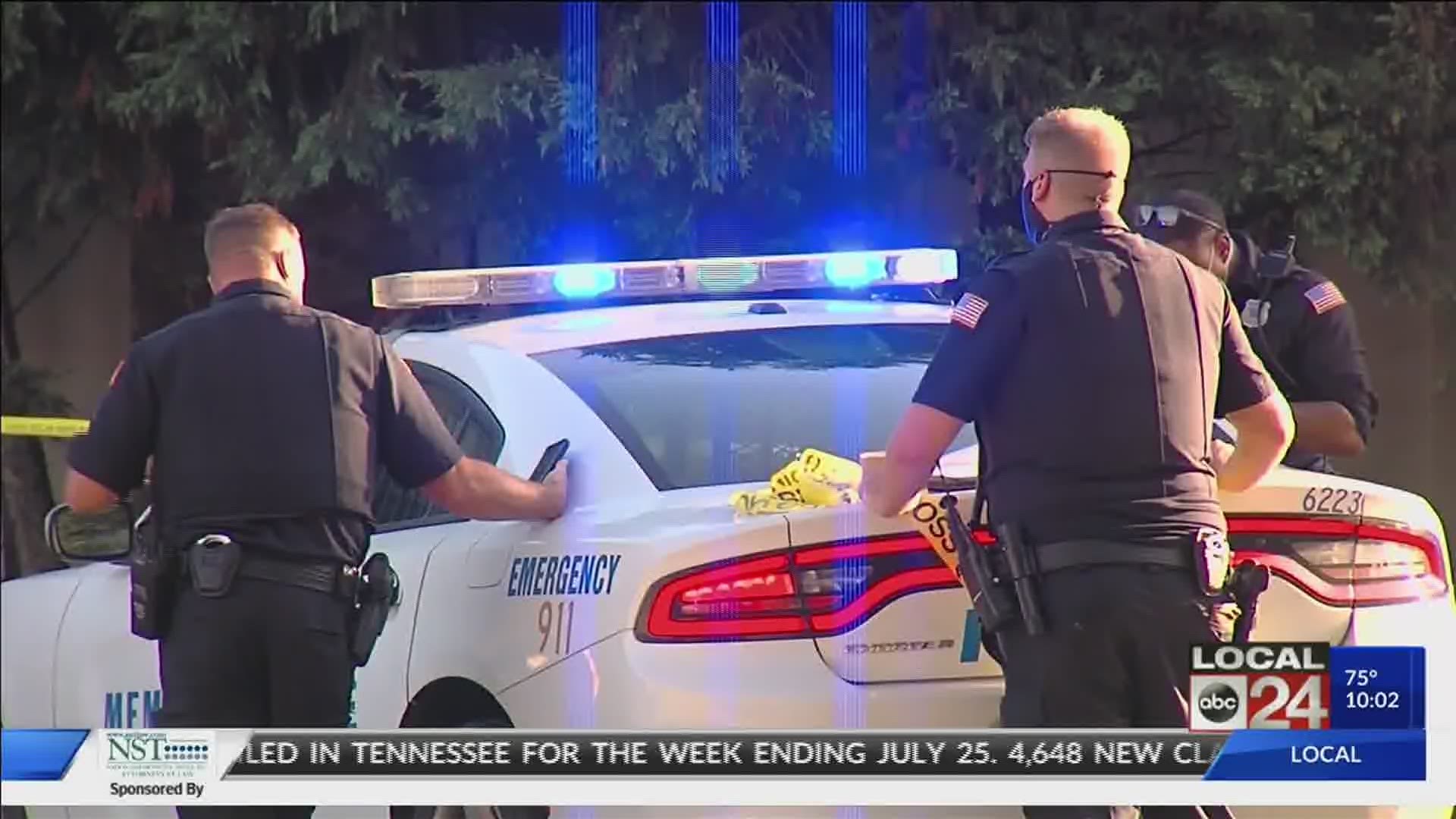 MEMPHIS, Tenn — Memphis police are hoping a $6,000 reward will get them the information they need to catch the crooks who shot an off-duty officer this week. They're fed-up people aren't coming forward to help solve violent crimes in the city.

Police were up front Friday. They haven’t got any tips in the shooting of an of off-duty officer who was working as a security guard. Now they’re asking the public to step up.

“One of the worst days,” said Lieutenant Colonel Lambert Ross.  “The worst day. You get a phone call and tells you an officer’s been shot. It gets worse when you know that officer works out of your station.”

Ross is talking about a 10-year veteran of the Memphis Police Department.

The off-duty officer was working security for St. Jude Children’s Research Hospital Tuesday when he responded to two men breaking into cars. According to authorities the men drove away but then turned around to fire four gunshots.

Police said the same car that the suspects were driving was stolen earlier from a woman in Whitehaven.

RELATED: $6,000 reward for information about who shot an off-duty Memphis Police officer

“You’re going to get victimize a woman putting air in her tire at a gas station?” questioned Ross. “You try to get your purse out and they fire a shot at you.”

Ross said there have been 150 murders in the city of Memphis this year.

“There’s too much going on in this city that’s hurting too many innocent people and children,” said Ross.

Murders and aggravated assaults are up during the pandemic. The victims and perpetrators usually know each other. Robberies are down ! the victims are usually random.

It’s a sentiment long cried out by Stevie Moore, founder of FFUN, or Freedom from Unnecessary Negatives.

“We have got to get frustrated about the guns in our community,” said Moore.

Moore said he started the non-profit after his son Prentice Moore was shot in the head with an AK-47.

“We don’t trust law enforcement in our community. That’s the reason I came up with the tip line. Call that, because when stuff in our community happen it’s snitches get stitches. It’s not right but that’s the perception,” said Moore.

The officer is okay but will take time off to heal physically and emotionally. You can call 901-528-CASH if you have any information.