As the deputy approached the home to help, investigators said the man shot him. 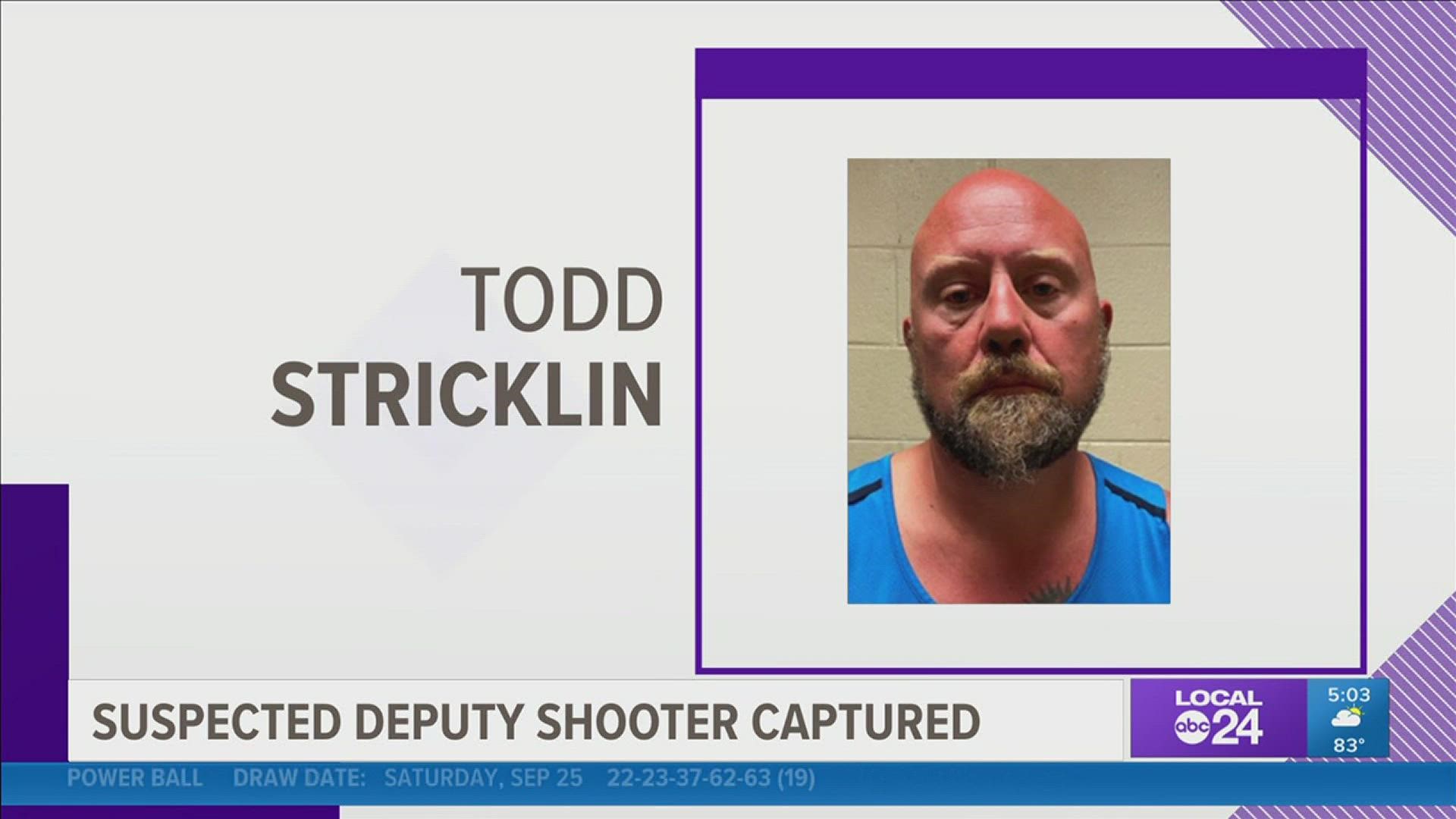 HARDIN COUNTY, Tenn. — An arrest has been made after a sheriff's deputy in Tennessee was shot and killed while responding to a call Saturday night.

According to the Tennessee Bureau of Investigation, Hardin County deputies and an officer with the Clifton Police Department were called to a home on Nance Bend Road in Clifton for a domestic disturbance around 8:30 p.m.

The deputy was taken to a nearby hospital, where he later died.

A Clifton man has been charged with First Degree Murder in connection to the shooting death of a Hardin County deputy that occurred Saturday evening.

Investigators said Stricklin ran from the home into a wooden area. A few hours later, officers with the Tennessee Highway Patrol found and arrested him.

Stricklin was charged with first-degree murder and was taken to the Hardin County Jail before he was transferred to the Chester County Jail.

A Hardin County Deputy, shot in the line of duty yesterday while responding to a call, has died. The TBI will be...

"Please keep this officer's family in your prayers as well as his brothers/sisters in blue," the Crockett County Sheriff's Department wrote on Facebook.

The Hardin County Sheriff's Department confirmed Deputy Matthew Locke was shot and killed. In addition to serving as a law enforcement officer, Locke was a member of the Tennessee National Guard.

"We remember Deputy Locke for his selfless dedication, absolute courage and unparalleled commitment," the department said in a statement. "Our country has lost a warrior. Our community has lost a hero. Our department has lost a brother. We will never forget Deputy Locke, and we are all forever in debt for his sacrifice."