Police released surveillance pictures Tuesday of the vehicle and woman they said were involved in the August 30th crash. 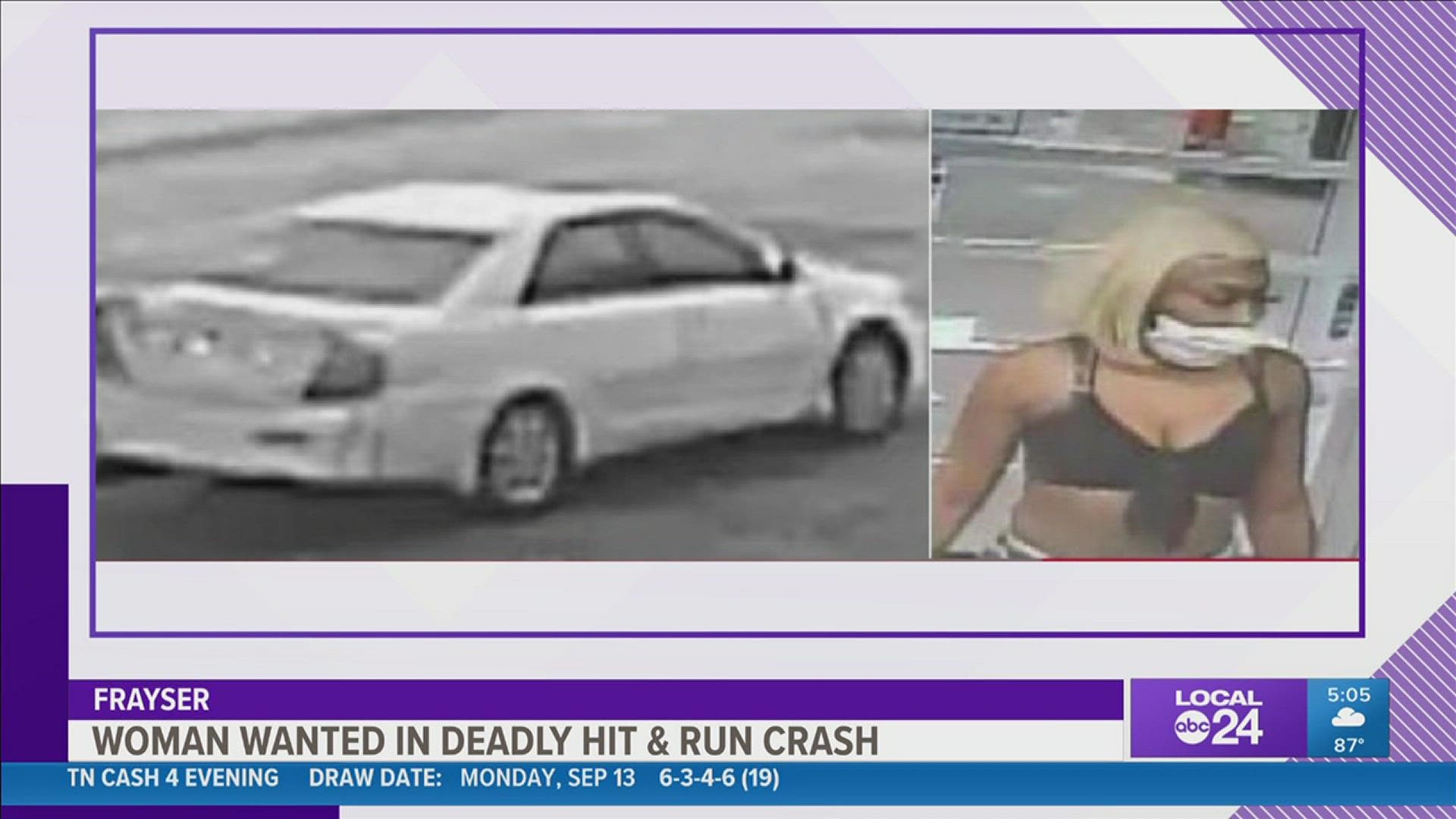 MEMPHIS, Tenn. — Memphis Police are searching for a woman they said was behind the wheel of a car that caused a deadly hit and run crash.

A driver involved in the crash told police he was southbound on Watkins when a white sedan pulled out from a private drive. He said he swerved to miss the car, and crashed into another vehicle. The passenger in the car that swerved was taken to Regional One, where she died.

Police released surveillance pictures Tuesday of the vehicle and woman they said were involved in the crash.