You still need an appointment, and must be suffering from COVID-19 symptoms. 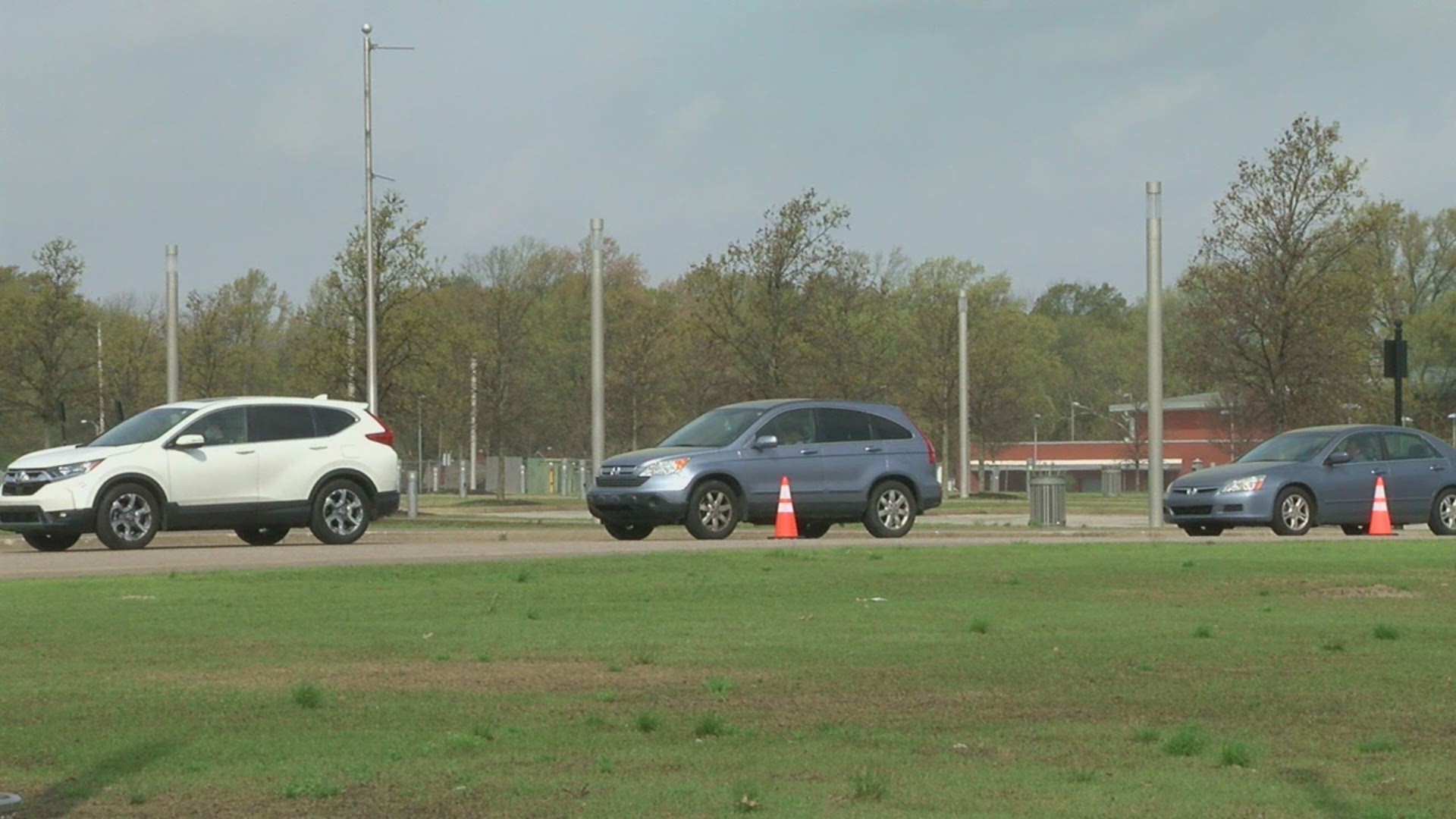 MEMPHIS, Tenn. — 3/27/2020 - Jon McCullers - the chair of Dept. of Pediatrics at The University of Tennessee Health Science Center, pediatrician in chief at Le Bonheur Children's Hospital - says they are ramping up testing on Tiger Lane.

In a tweet, McCullers said: "Great news...after a week ramping up, we are ready to offer testing to the public at our Tiger Lane drive-through. No provider referral required! Testing is free. You need an appointment, and you won't get testing if you don't have compatible symptoms."

(UTHSC NEWS RELEASE) - The University of Tennessee Health Science Center’s drive-thru COVID-19 testing site at the Mid-South Fairgrounds is now open to the public by appointment. Only symptomatic individuals will be tested.

Individuals showing symptoms can make an appointment by texting “covid” to 901.203.5526 or by scanning the QR code on the attached flyer. They will be connected to a computerized screening process to determine if symptoms merit testing. Individuals whose symptoms warrant testing will be given an appointment time for the site, which is open seven days a week, barring any closing due to inclement weather, from 9 a.m. to 5 p.m.

The university, working with the Shelby County Health Department and the City of Memphis, opened the drive-thru testing at the Fairgrounds March 20. The site is staffed primarily by UTHSC medical students under the supervision of physician faculty.

The site is now operating at full capacity and can test approximately 150 people a day. 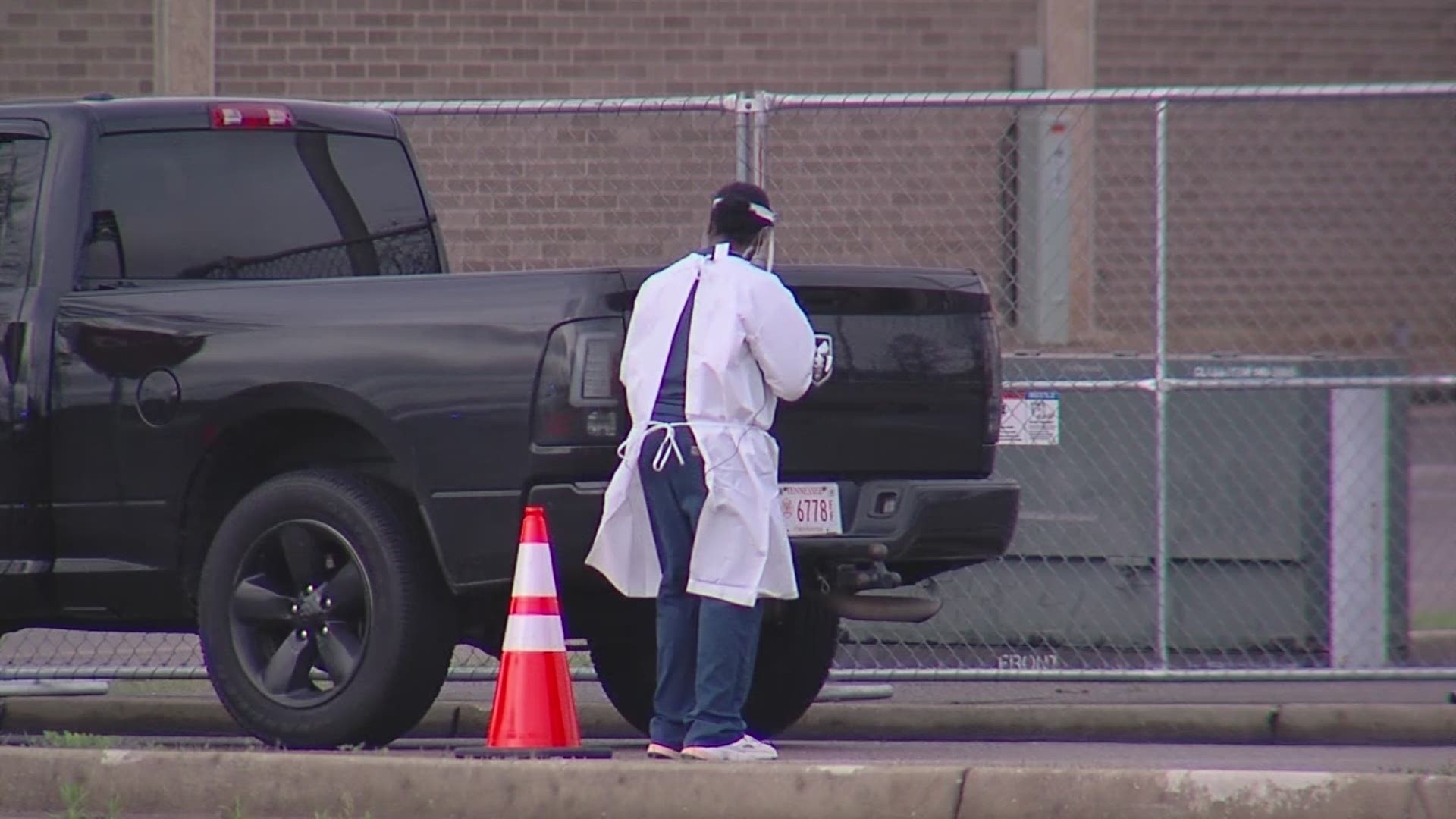 3/23/2020 - More than 50 people were tested for COVID-19 in the first days of operation for the drive-thru testing site established at the Mid-South Fairgrounds by the University of Tennessee Health Science Center in conjunction with the Shelby County Health Department and the City of Memphis.

The site, which opened Friday, is expected to have taken samples from up to 150 people by the end of the day today, said Scott Strome, MD, executive dean of the UTHSC College of Medicine, which is leading the effort.

Testing, which is by appointment only, is being done in a series of tents set up at the Fairgrounds. Individuals remain in their cars throughout the process.

To qualify for testing, an individual must be referred by a medical provider to a centralized call center at University Clinical Health (UCH), one of UTHSC’s affiliated physician practice partners, to ensure symptoms merit testing.

“A link has been put out to community providers that instructs them on how to get their patients tested,” Dr. Strome said. “At present, the testing is being provided free of charge in an effort to serve the public need.”

Dr. Strome said, currently samples are being sent to commercial labs for testing. “But by later this week, we anticipate being able to use our own laboratories at UTHSC/UCH, which will considerably decrease the turnaround time (for results).”

Dr. Strome said most of the individuals staffing the site are medical students who are volunteering their time. “UTHSC has about 700 medical students, and as a result of this pandemic, their education has been interrupted. This is their way of giving back to the community.”

RELATED: There are 93 confirmed COVID-19 cases in Shelby County