Dyer County has reinstated a mask mandate, while others are still contemplating. 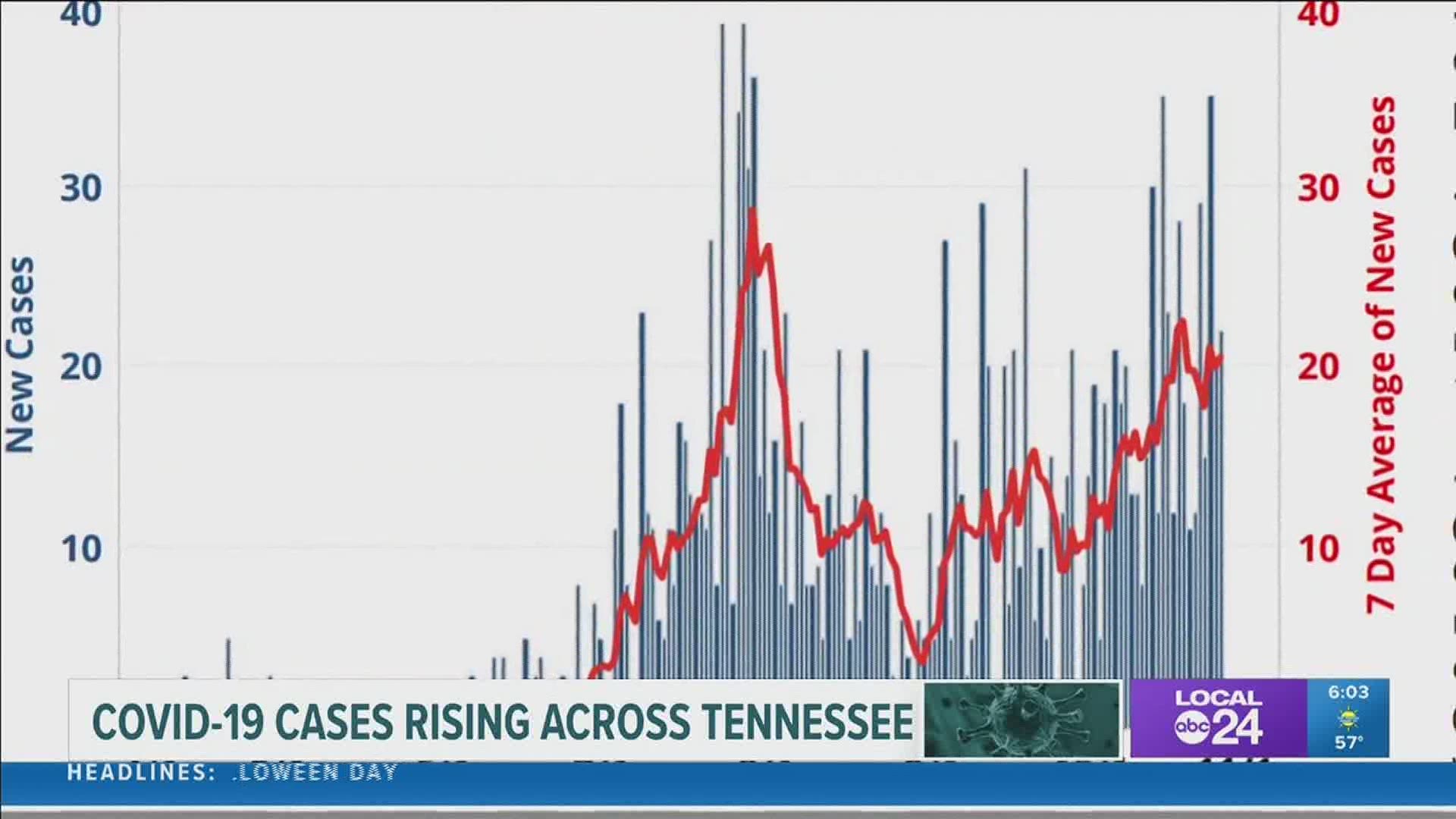 MEMPHIS, Tenn. — The rise numbers across the state has some counties reinstating mask mandates.

In Middle Tennessee over the weekend, mask requirements went back into effect in several counties in the Nashville area. Monday, Rutherford County added its name to the list.

That's not the case for most counties in West Tennessee, where numbers are spiking.

Several West Tennessee counties have positivity rates near or even above 20%, and only one of those counties has put a mask mandate back into effect.

"I still have shortness of breath and a lack of energy many days during the week," said Dyer County Mayor  Chris Young.

Young is still dealing with lingering side effects from his case of COVID in July. After seeing a spike of cases in the month of October, Young put Dyer County under a mask mandate through the end of the year.

"Obviously our numbers were going through the roof."

RELATED: White House directive for a TN statewide mask mandate is a waste of time and words

RELATED: Breaking down the latest COVID-19 data in Memphis & the Mid-South

In neighboring Obion County, it's not much better. The 7-day positivity rate there is 19.9%.

"Recently people are getting the message, but for a long time we did not take it seriously in rural west Tennessee," said Young.

Haywood County is also high at 19.8%, but the Haywood County mayor told Local 24 News a mask mandate is not an option right now - but it is a suggestion.

Closer to Memphis, Fayette County's positivity rate is 15.2%. The Fayette county mayor said he is watching the to see what happens with schools reopening before deciding on a mask mandate.

Tipton County 's rate is 12.5%. The county mayor there is waiting on some specific information from the health department before making his decision. Other elected Tipton County leaders are standing by, waiting to see what the Tipton County mayor decides.

"We're waiting to hear if he plans to reinstitute that in November or December - so that's still up in the air," said Covington mayor Justin Hanson.

McNairy County is the only county with a lower positivity rate than Shelby County, in all of West Tennessee. Shelby county has had a mask mandate for the majority of the pandemic.

Young hopes more West Tennessee counties will put mask mandates into place. He believes it will save lives.

"I certainly think we all need to be in this together. The more counties we can get to participate in the mask mandate, the more successful each county will be," said Young.

Working on mask mandate story. Here are the latest 7 day positivity rates for West Tennessee counties according to the state health department. pic.twitter.com/qxR4fLYuvQ