Could your internet speed slow down as students go to virtual school? 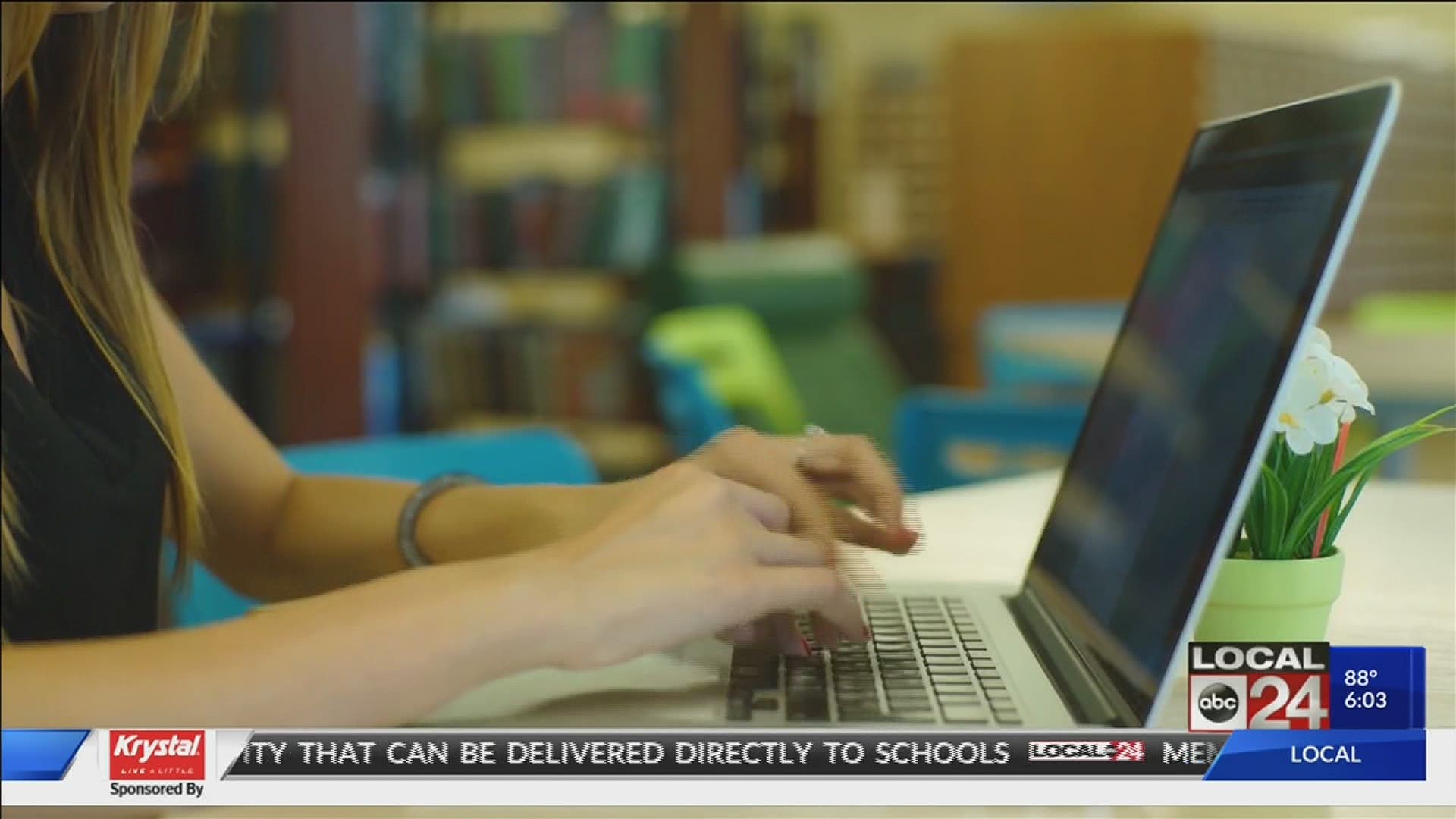 The goal of the stress test was to have students and staff all log onto their computers and devices at the same time to test for gauge capacity issues, crashes, or other problems. It's all in anticipation of the nearly 100,000 SCS students beginning class virtually at the end of the month.

As Local 24 News explains, even if you don't have a student in virtual school, all those people on-line could slow your internet down.

"We are banking on everything being connected and going right. Maybe it will, maybe it won't."

Ish Young is concerned about how virtual school will go for his two Shelby County Schools children next week.

"Is the service going to be able to withstand it? How many classes will be going on at the same time every day? Will there be issues with their wifi?"

Mayers is the President of TeamLogic IT. Mayers said the system is not used to having an extra 100,000-plus Shelby County teachers and students on it, but they will be there everyday when SCS starts classes. Plus with all the other virtual students from other school systems and universities online at the same time for most of the business day, the internet will be very busy.

Mayers says while the service providers are doing their best, you could have problems.

"Depending upon your internet speed, it's going to be slow, or it could be transmissions could be interrupted," said Mayers.

Our first Power Up Hour is happening now! Help us get ready for a smooth start to virtual learning by going online between now and 10am. pic.twitter.com/DjK9l4uI15

Mayers said there are a lot of variables when it comes to the additional traffic affecting your service.

To check your internet speed, Mayers said google "speed test" and click on it. You will find out immediately how fast or slow your internet is running.

If you don't want to upgrade your service but you want to increase the speed and reliability, Mayers had suggestions.

"The best thing that you can do is to ensure it's consistent, is you plug your computer into your router and it's a guaranteed connection," said Mayers.

While parents worry about the internet connection for school, what about people without kids? Could it the additional load of students slow their internet down?

"That is a great question and I predict yes - so many of us are working from home," said Mayers.

As for Young, his oldest had technical problems during the power up test.

"He couldn't even get on it at all," said Young.

Young's son can try again, at the power hour test next Thursday.

RELATED: Free laptops and tablets to be given to Shelby County Schools students starting August 3