Bryant's Breakfast is back with new ownership, same flavor

The line was wrapped around the building by 5 a.m. for the grand reopening of Bryant's Breakfast on Wednesday. 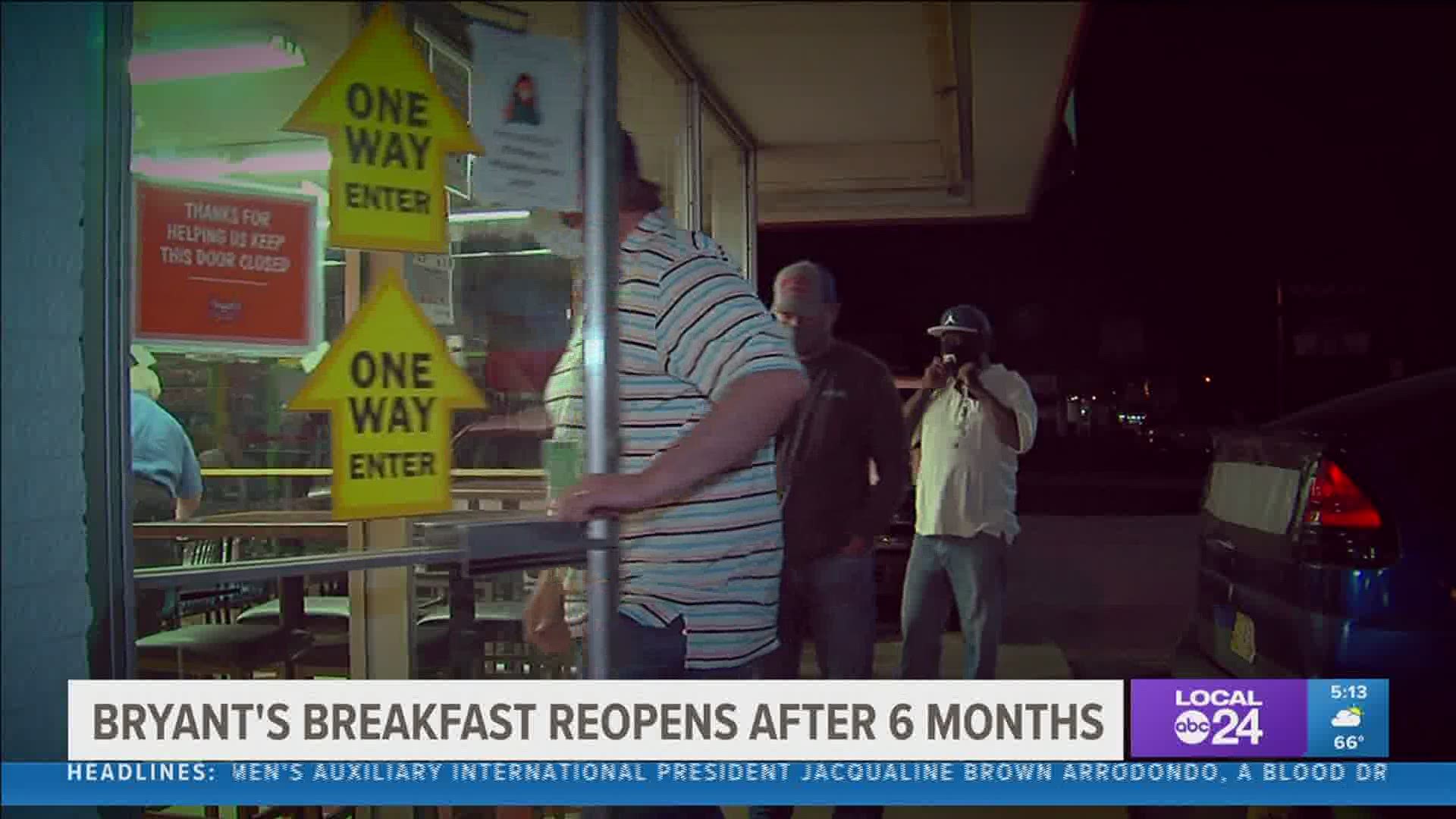 While under new ownership, they said everything with the restaurant stays the same from the menu, to flavor to the employees.

All of the original employees, with the exception of one that moved away, returned to work at the restaurant.

Bryant's Breakfast had its grand reopening on Wednesday morning. By 5 a.m. people had wrapped around the building waiting to get a taste of their beloved biscuits.

People in line said they had been coming to Bryant's for years and were excited for it to be back.

Bryant's will start out open five days a week, Wed. through Sun. from 5 a.m. to 2 p.m. and is cash only to start. Cards will be accepted later and the lunch menu will return this summer.

Bryant’s Breakfast is BACK. The Memphis staple reopened under new owners after being closed for nearly six months. We’re live with all the details on @LocalMemphis pic.twitter.com/P47DxOzdQ2 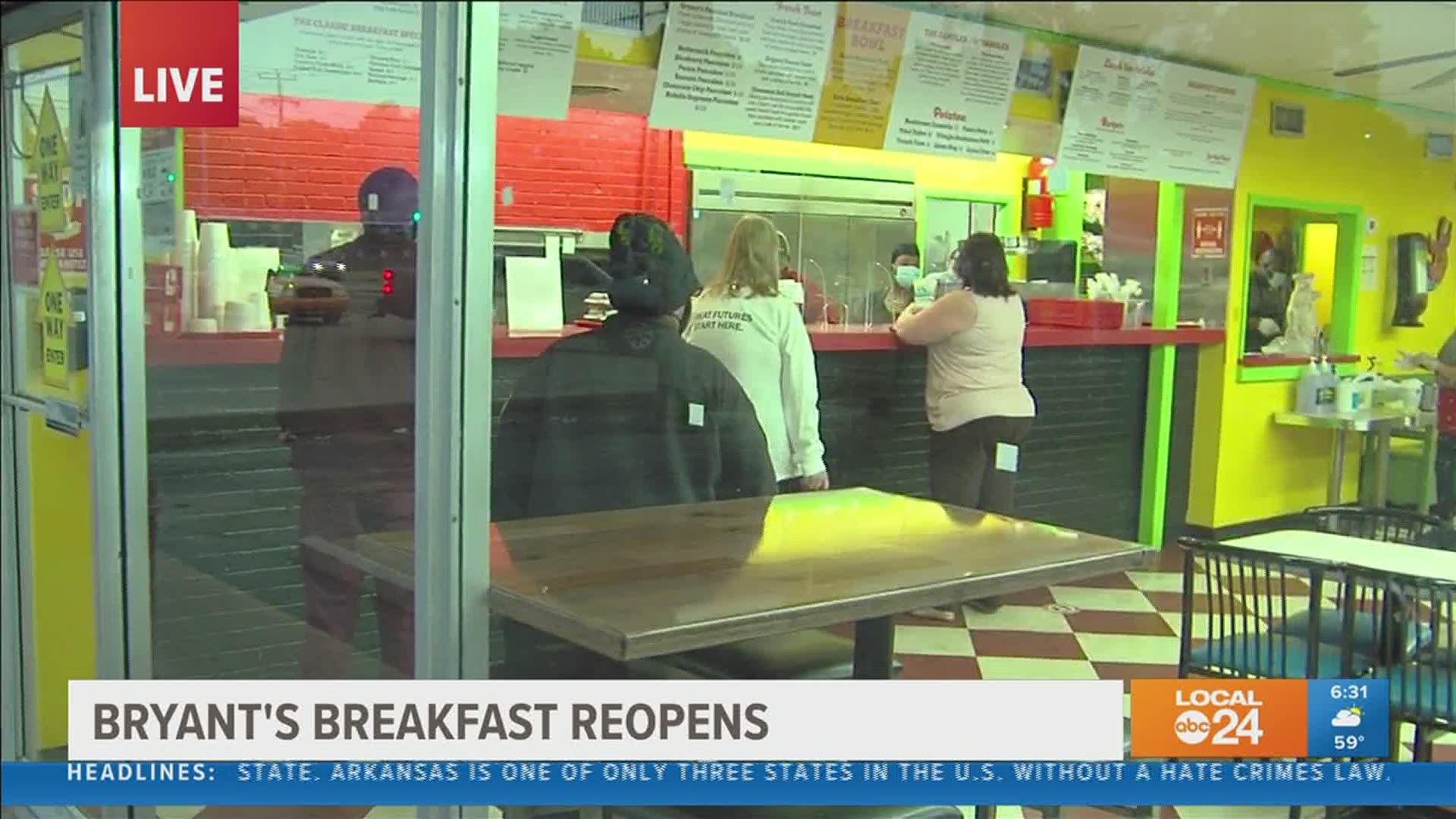