Law allows most Tennesseans 21 and older to carry a gun without a permit or training. 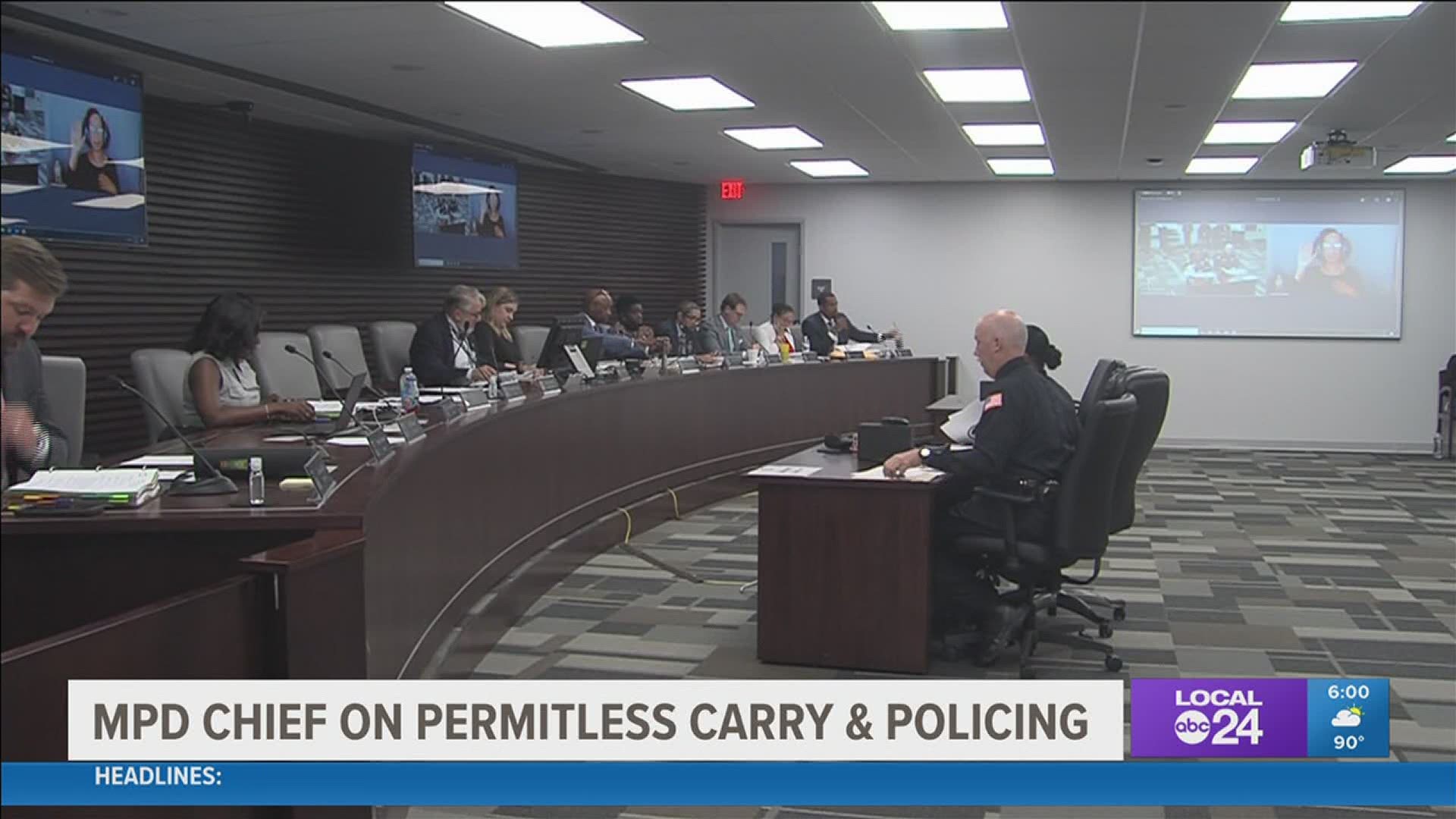 The law - which took effect July 1 - changed decades of police policy overnight of how officers interact with those carrying guns and Chief Davis said they'll be continued reminders and refreshers within MPD about the ins and outs of the law.

"This is a very complex issue and there is no cookie cutter approach," Chief Davis said. "The message to the public is get trained, be aware and be a responsible gun owner."

Chief Davis said the state's new law also requires ongoing training and a different approach for MPD officers on patrol, including pat downs and other interactions.

"If you see this, then you are able to do A, B, C or D, so we are trying to guide them and coach them the best we can," Chief Davis said.

Chief Davis: Memphis Police Department has begun training, a flow chart for officers to understand how to apply and enforce the new law. That training will be ongoing. We also plan to provide awareness to the public.

There are groups who aren't allowed in Tennessee to carry a gun without a permit or training.

Also not eligible: people dishonorably discharged from the military, recently convicted of DUI or recently in a court-ordered mental institution.

"There's a really fine line between policing and profiling right?" Memphis City Council member Chase Carlisle said. "So under this law they have 30 years of training out the window and in a very rapid way they have to figure out whether someone is an actual threat or a felon or has a warrant out."

We encourage those who choose to carry a firearm to either take a handgun carry permit class or a firearms safety course. Remember safety and knowledge are keys to success. Be safe, Memphis! pic.twitter.com/AapjqknD3T

Other Memphians worried about other potential unintended consequences.

"I think it's going to be tough for MPD, we are already short on resources her in the city, I don't know, it may make some people leave, resign, find a place somewhere else," Romaro Spivey said.

"I'm not even against having a gun in a car because sometimes there may be a need for it but I'm concerned about west Tennessee becoming the wild, wild west," Larry Pivnick added.

The state law does increase the sentence for gun theft convictions from 30 days to a mandatory six months.