Vitalant says Memphis is in desperate need of blood donations 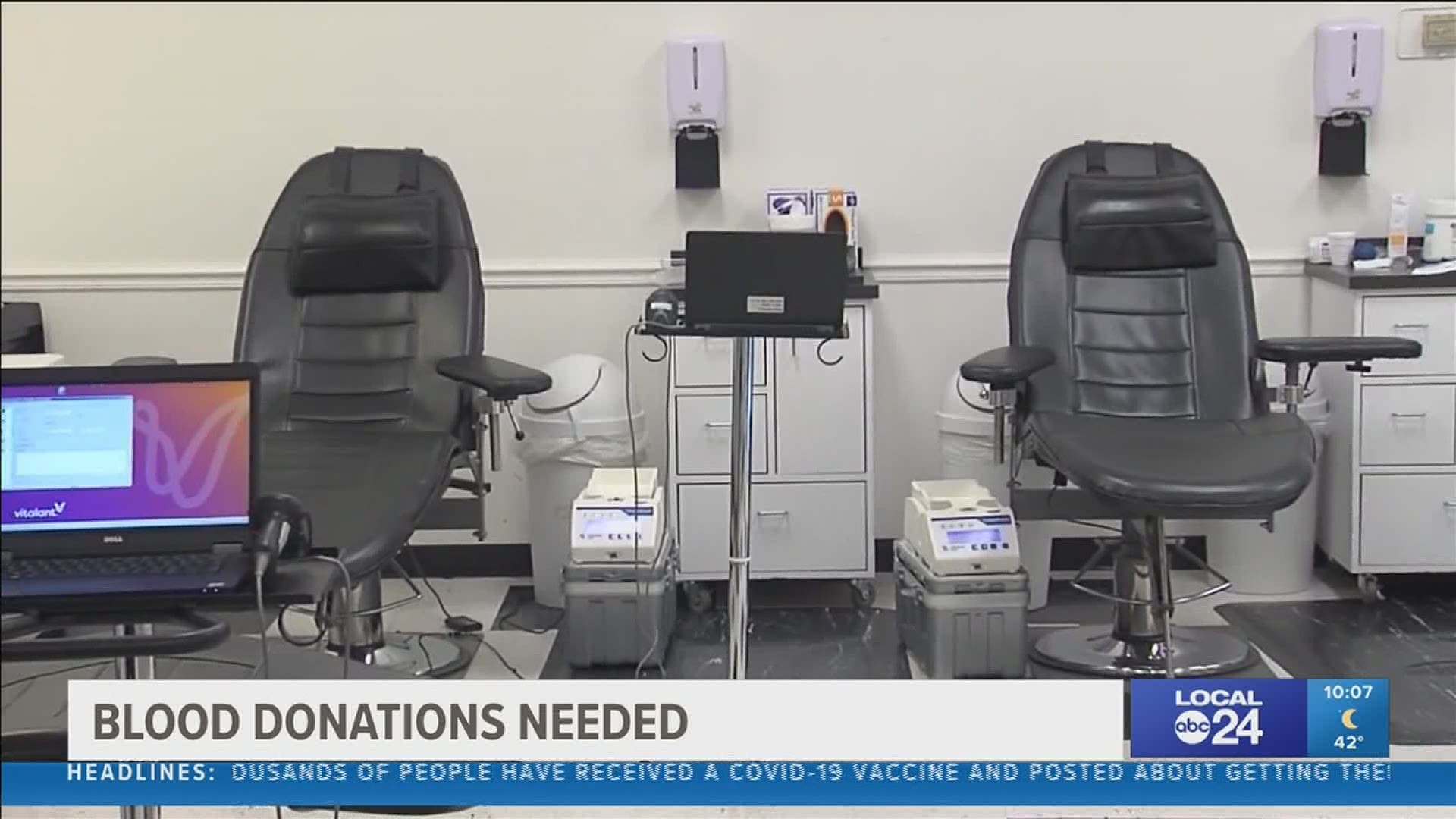 MEMPHIS, Tennessee — There’s a blood shortage crisis in Memphis. Donors are desperately needed locally, and particularly from the African-American community.

“We distribute locally about 80,000 units of blood to patients in 18 Mid-South hospitals annually,” said David Williams, the regional director of Vitalant, which is is formerly known as Lifeblood.

Only 101 of those are donated locally.

Blood donors are needed desperately in Memphis 🩸The regional director of @VitalantTN says Memphis is experiencing a blood shortage crisis.

“It’s been going on for a while but it is just reaching more of a community health crisis type status now,” said the regional director.

Vitalant said 30% of its donors are high school and college students, and with virtual learning there are fewer blood drives.

It’s crucial that African-Americans donate blood. About 70% of the black community have blood types O and B, which are in high demand locally.

“Of course we know all of the health disparities that exist among African-Americans and when it comes to blood drives oftentimes our numbers are at a lower representation,” said Pastor Bartholomew Orr of Brown Missionary Baptist Church.

Orr’s church holds blood drives quarterly and is offering one this Saturday.

“It just seems like it’s such an easy thing to do," said Gerald Neal, who is a regular blood donor and Brown Missionary Baptist member. "It doesn’t really take a lot of effort and I know that in our community there’s a lack of people that actually give blood.”