Memphis Grizzlies have second round, 40th overall pick from Phoenix in the 2020 NBA draft 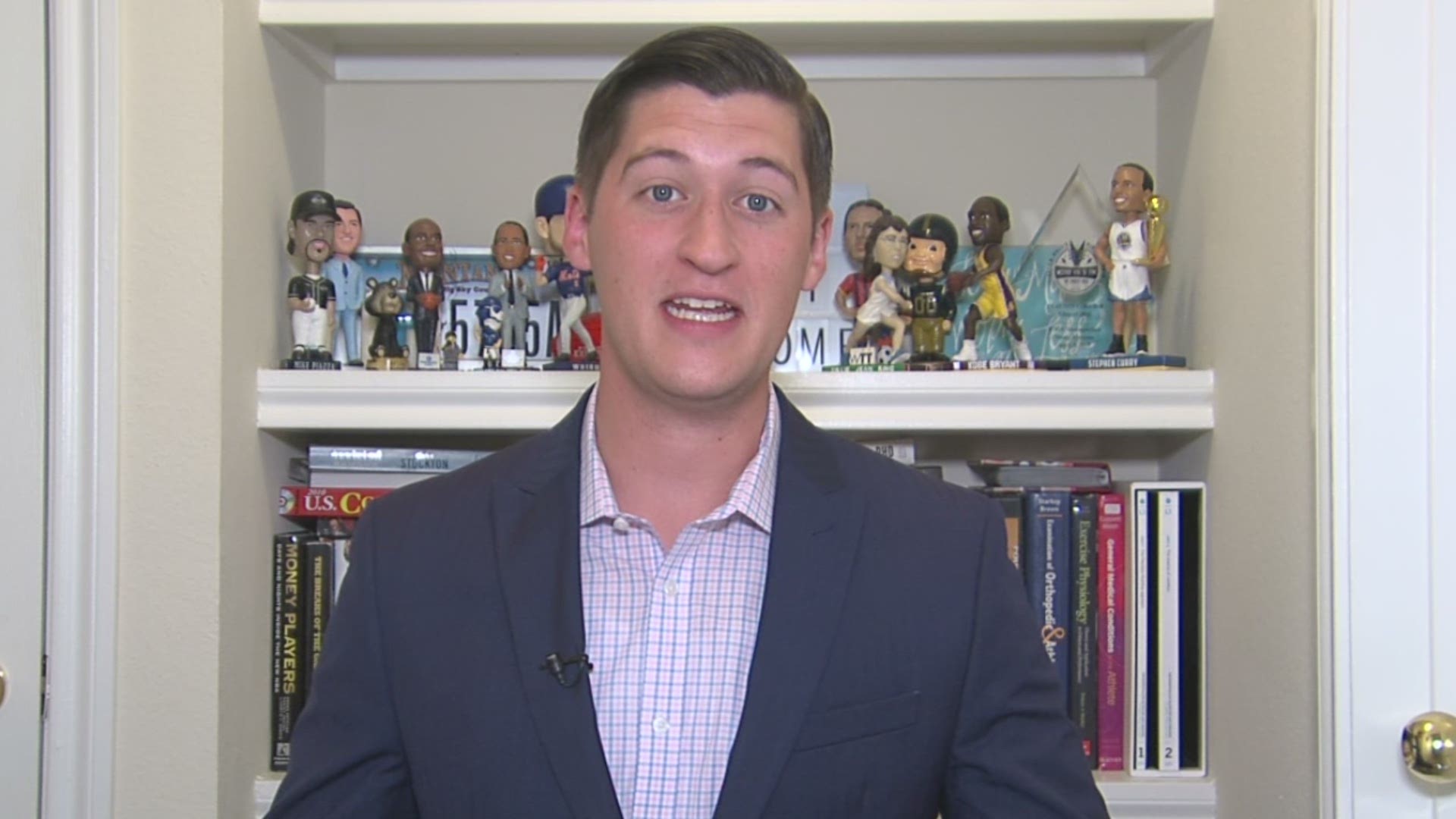 MEMPHIS, Tenn. — The Memphis Grizzlies came into the day with a 97.6% chance of surrendering their first round pick to the Boston Celtics. This time, the odds won.

The Grizz stayed at the 14th pick in the draft, meaning they will convey a first round pick to the Celtics, finally completing their 2015 trade for Jeff Green.

So, barring any unforeseen draft night trade, an Anthony Edwards or a James Wiseman will not be headed to Memphis. Here is what Grizzlies Executive Vice President Zach Kleiman said earlier this week about their NBA Draft Lottery position.

"All I will say at this point is we're ready, we've done our homework," he said. "However things land, if we somehow move up and the pick is finally conveyed, or we move forward with a clean slate for next year, we'll be prepared for either scenario."

It turned out to be the latter scenario. Memphis will not have either of their assigned picks this year, having already sent their second round pick to Chicago. The Grizzlies do have the 40th overall selection from the Phoenix Suns, completing the trade that sent De'Anthony Melton and Josh Jackson to Memphis.

The Memphis Grizzlies received the No. 14 pick in the 2020 NBA Draft Lottery tonight and conveyed that pick to the Boston Celtics as part of the conditions of a three-team trade on January 12, 2015 between the Grizzlies, Celtics and New Orleans Pelicans.