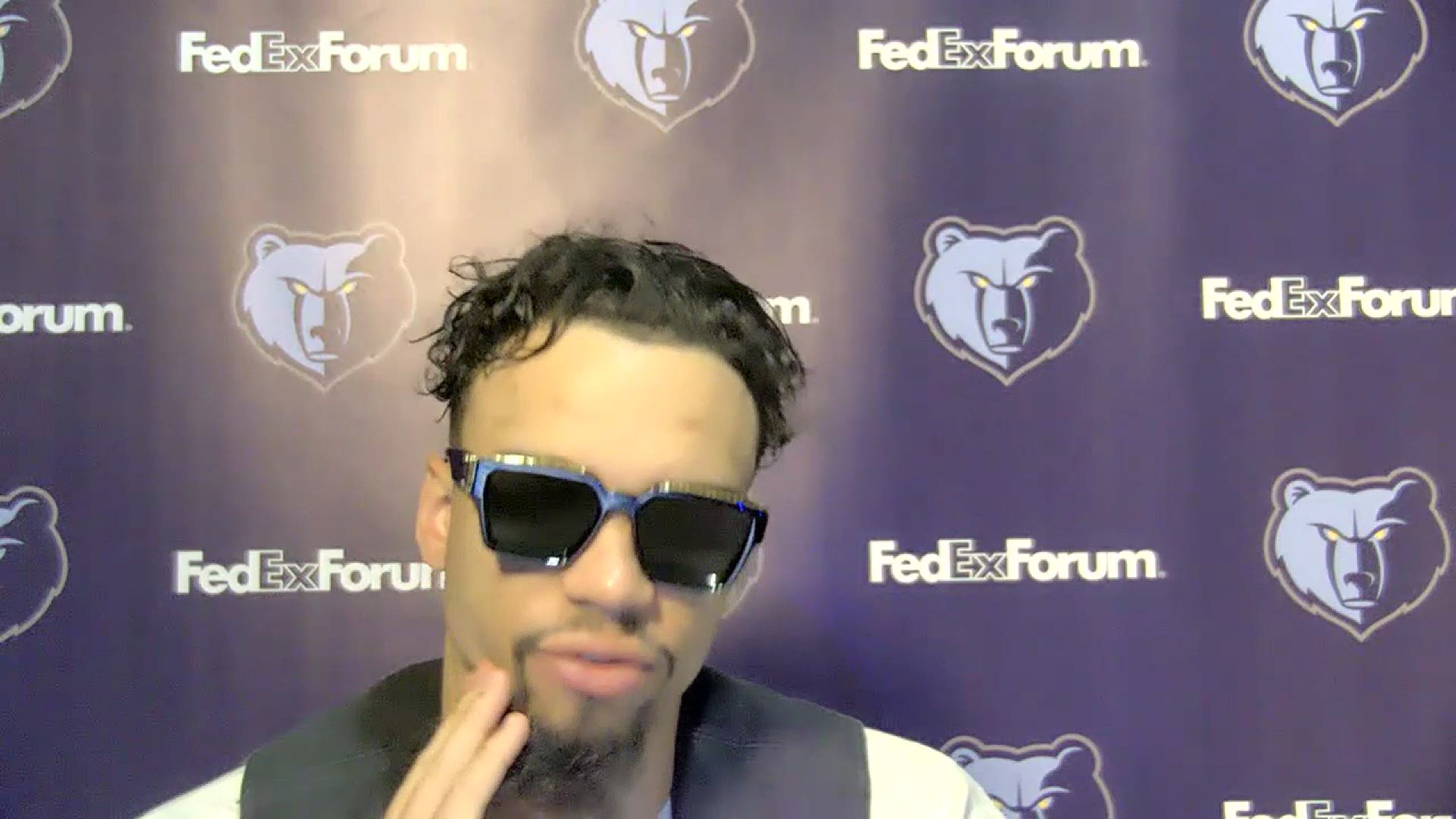 Sunday afternoon, the Golden State Warriors squashed the Memphis Grizzlies 113-101. With the loss, the Grizzlies finished with the number 9 spot and will host the San Antonio Spurs Wednesday at FedExForum.

The regular season is over, and 33-year-old Stephen Curry is the scoring champ. As a matter of fact, Curry is the oldest scoring champion since Michael Jordan in 1998. He averaged 32 points a game during his second 2,000-point season.

Curry was just 4-for-14 from the field when Dillon Brooks was guarding him. The Warriors entered the fourth quarter with a 17-point lead, but Brooks began the final act with eight straight points, and eventually scoring the game-tying three-point play. Moments later, Brooks fouled out of the game.

"I should have not fouled out," Brooks said after his 18 point, six assist effort. "I feel like the outcome would have been different."

With Brooks no longer defending, Curry drained three triples in the final 6:21 to finish off his 44-point performance, and the Grizzlies hope of the No. 8 seed.

"I thought for the most part we made him work," head coach Taylor Jenkins said of the team's defensive effort against Curry. "He's having a heck of a season. Give him a lot of credit. But I think [Brooks] did a heck of a job."

The chance for redemption comes right away. Wins Wednesday and Friday will put Memphis back in the playoffs.

"I have my motivation," Jonas Valanciunas said on the heels of a 29 point, 16 rebound effort. "I think and all of Grizzlies team has motivation because we're playing for something. I don't think we need to look for motivation here."

Grizzlies-Spurs will tip off at 6:30pm CT, Wednesday at FedExForum. The team will release details on increased capacity Monday.

NEWS RELEASE FROM THE MEMPHIS GRIZZLIES:

The Memphis Grizzlies today announced that tickets for its May 19 Home Game in the NBA Play-In Tournament will be available for purchase on Tuesday, May 18, at 2 p.m., including a limited number of six-person suite nights. An exclusive presale is available on Tuesday, May 18, at 9 a.m. for all MVP Season Ticket Members. There is a limit of four tickets per purchase. Details regarding increased capacity at FedExForum will be shared Monday, May 17.

The NBA Play-In Tournament, which takes place after the regular season and before the first round of the playoffs, includes the teams that finished seventh through 10th in both the Eastern and Western Conference standings. The Memphis Grizzlies, seeded ninth in the West, will host the 10th-seeded San Antonio Spurs in a win-or-go-home Nine-Ten Game at FedExForum on May 19 at 6:30 p.m. CT. With a win, the Grizzlies will have one more chance to advance to the playoffs, traveling to play the loser of the Golden State Warriors at either the Portland Trail Blazers or Los Angeles Lakers on May 21. A Grizzlies win on May 21 would clinch the eighth seed in the 2021 NBA Playoffs.

We aren't finished yet.

New this season, fans have the opportunity to purchase an exclusive, socially-distanced, six-person suite night. These private, single game suite nights include parking, with food and beverage available for purchase.  A limited number of suites are available. For more information, fans are encouraged to call 901-888-HOOP.

In accordance with the arena’s COVID-19 policies, all guests and staff at FedExForum must wear a proper face mask as well as practice social distancing, including maintaining at least six feet of distance from other groups and individuals while in the concourses. In addition, other FedExForum policy changes made in advance of the 2020-21 regular season will remain in effect for the postseason. This includes mobile ticketing and contactless transactions at concession stands. The bag policy at FedExForum remains the same (no bags larger than 14” x 14” x 6” are allowed) with X-ray machines used in lieu of manual searches. There are designated express lines for expedited entry into FedExForum for those without bags.

Tickets are available for purchase by calling (901) 888-HOOP or going online to grizzlies.com/tickets.

Up next: the play-in tourney pic.twitter.com/VIYHx7wkgc