We will miss you, TOM III

The beloved tiger mascot passed away Friday less than three weeks after his 12th birthday. 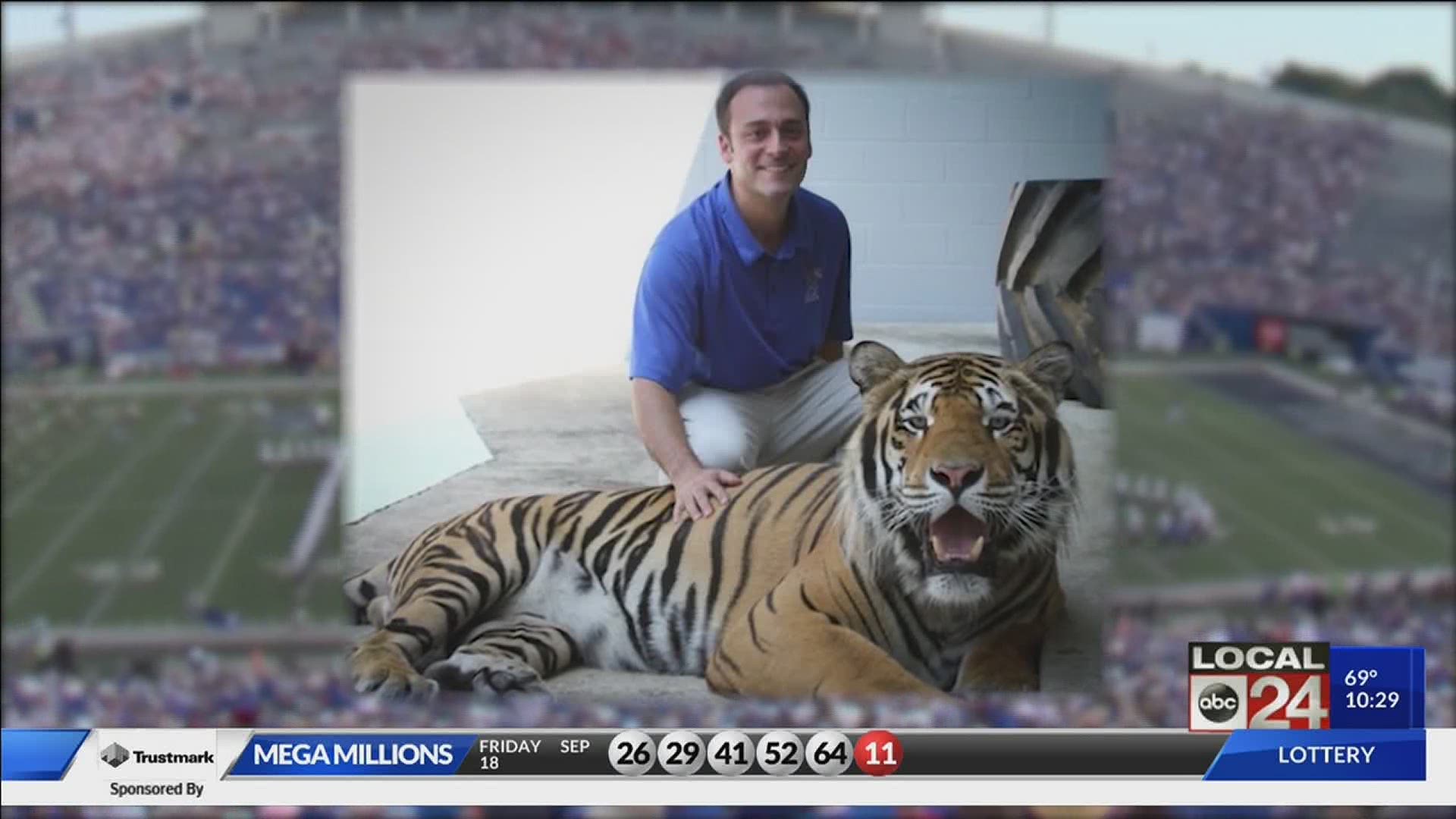 TOM III, the beloved Bengal Tiger mascot for the University of Memphis who was a part of one of the most glorious periods in University and athletics history, passed away Friday less than three weeks after his 12th birthday.

TOM III’s last game attended came as the No. 16 Memphis Tigers defeated No. 21 Cincinnati in a come-from-behind 29-24 victory in the 2019 American Athletic Conference Championship at the Liberty Bowl on Dec. 7.

After being ill this past week, TOM III was euthanized at his compound Friday morning and will be taken to the Memphis Zoo for an autopsy.

“We are deeply saddened by the passing of TOM III,” said UofM President M. David Rudd. “He was a majestic animal who brought so much joy to all of Tiger Nation. TOM III had some of the absolute best care, and I want to thank all of the people, especially the Highland Hundred, who have supported TOM III as well as the original TOM and TOM II for nearly 50 years. The TOMs have truly been wonderful ambassadors for the University of Memphis and will be dearly missed.”

TOM III was introduced at a press conference on Nov. 17, 2008, and the Highland Hundred Tiger Guard officially presented him to the University on Nov. 22 during a football game against UCF.

“We are heartbroken with the passing of TOM III,” said UofM Director of Athletics Laird Veatch. “I will never forget his presence at home games and all the smiling faces he brought to so many people. I know TOM III received phenomenal care, and I want to thank everyone, especially Scott Forman. Scott and TOM III had an unbreakable bond. Special thanks to the Highland Hundred and our alumni who have completely provided for all three of our TOM's needs for nearly 50 years. It is a sad day for all Memphis Tigers.”

Shortly after TOM II’s death on Oct. 15, 2008, the Tiger Guard began the search for a new tiger to serve as TOM III, and a stroke of good luck was realized in a discussion with the Wisconsin Big Cat Rescue & Educational Center in Rock Springs, Wis. Faced with three new cubs born Aug. 31, 2008, after an unexpected pregnancy at their facility, founders Jeff Kozlowski and Jenny Meyer offered to donate one of their young tigers to serve as TOM III.

The Tigers football team has been to a school-record six consecutive bowl games and seven overall, during TOM III’s reign, including its first New Year’s Six bowl in the 84th Goodyear Cotton Bowl Classic this past season.

In lieu of memorials, please direct a donation and enter “TOM III” in the Specify Fund donation box, which will help support Tiger Football in TOM’s memory. 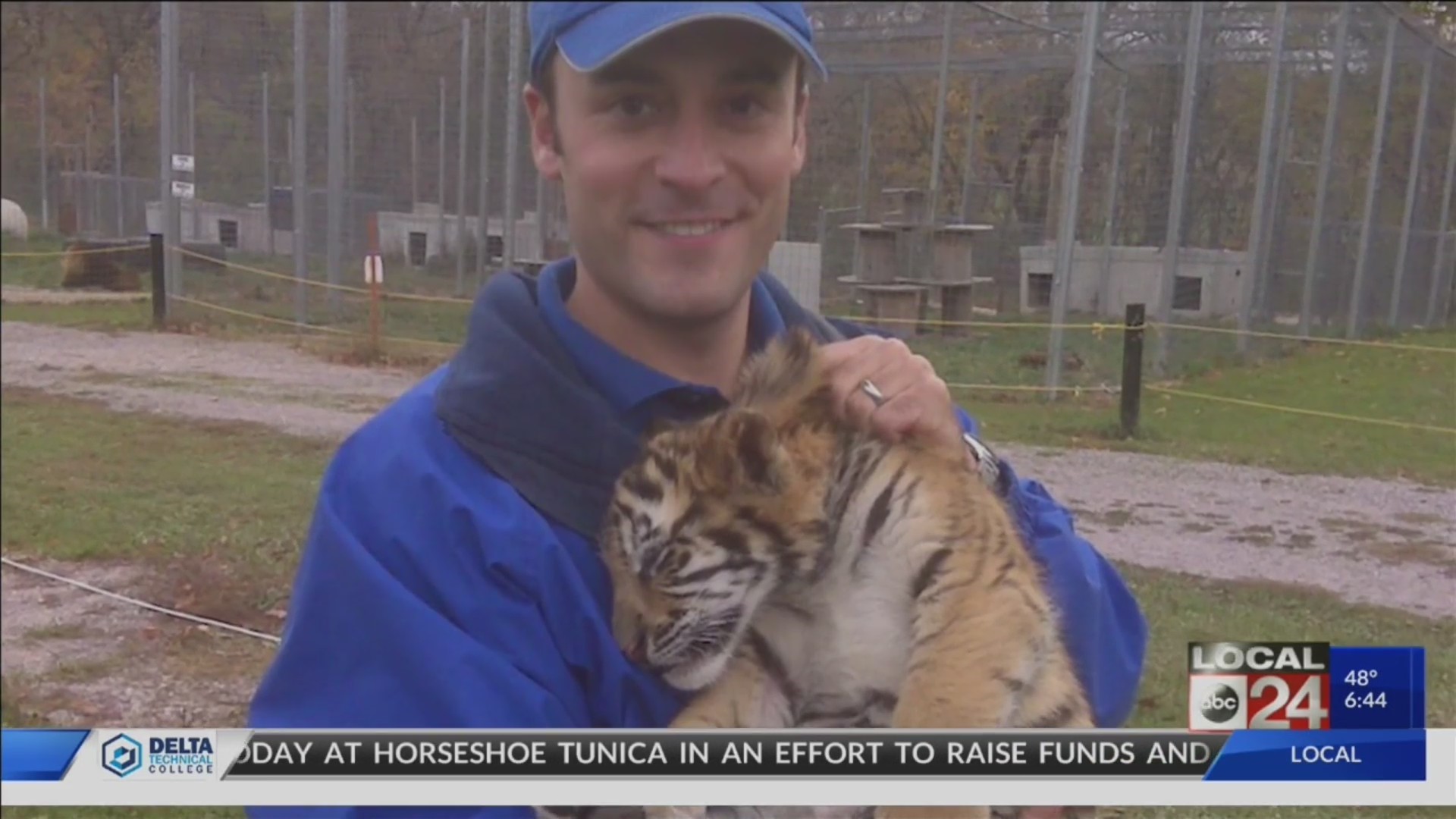 The light has left my life.

TOM III passed away this morning.

End of an Era

Since 1972, the sideline mascot for the University of Memphis has been a Bengal Tiger named TOM and that tradition comes to an end with the passing of TOM III.

Each TOM attended all Tigers football home games and was seen at other University events as a powerful, majestic part of the University of Memphis. He traveled in style in a custom-designed, climate-controlled trailer and always had a sheriff patrol escort.

As a project of the Highland Hundred, no public or University funds were used to provide for TOM’s needs, and no University resources were required in his care. His presence presented constant opportunities to educate Tigers fans young and old through the preservation of one of the world’s most recognizable endangered species.

The first Tiger, TOM, was procured by Highland Hundred boosters in 1972 and served the UofM faithfully for nearly 20 years until passing away in February 1992. The Highland Hundred officially presented TOM to the University in a ceremony at Liberty Bowl Memorial Stadium on Nov. 11, 1972, during a 49-24 victory against Cincinnati.

More than 2,500 entries were submitted to name the Tiger mascot and TOM, which stands for Tigers Of Memphis, won.

In fall 1991, the Highland Hundred Tiger Guard received TOM II as a gift from Tom and Carolyn Atchison of Florence, Ala. TOM II served his University with pride for 17 years through passing away Oct. 18, 2008. He was presented by the Highland Hundred to the University in a ceremony at Liberty Bowl Memorial Stadium on Nov. 16, 1991, during a 10-7 loss to No. 10 Alabama.