“We’re burying a seven-year-old child that was just beginning his life. Right in the prime of his life and it was taken away from him tragically." 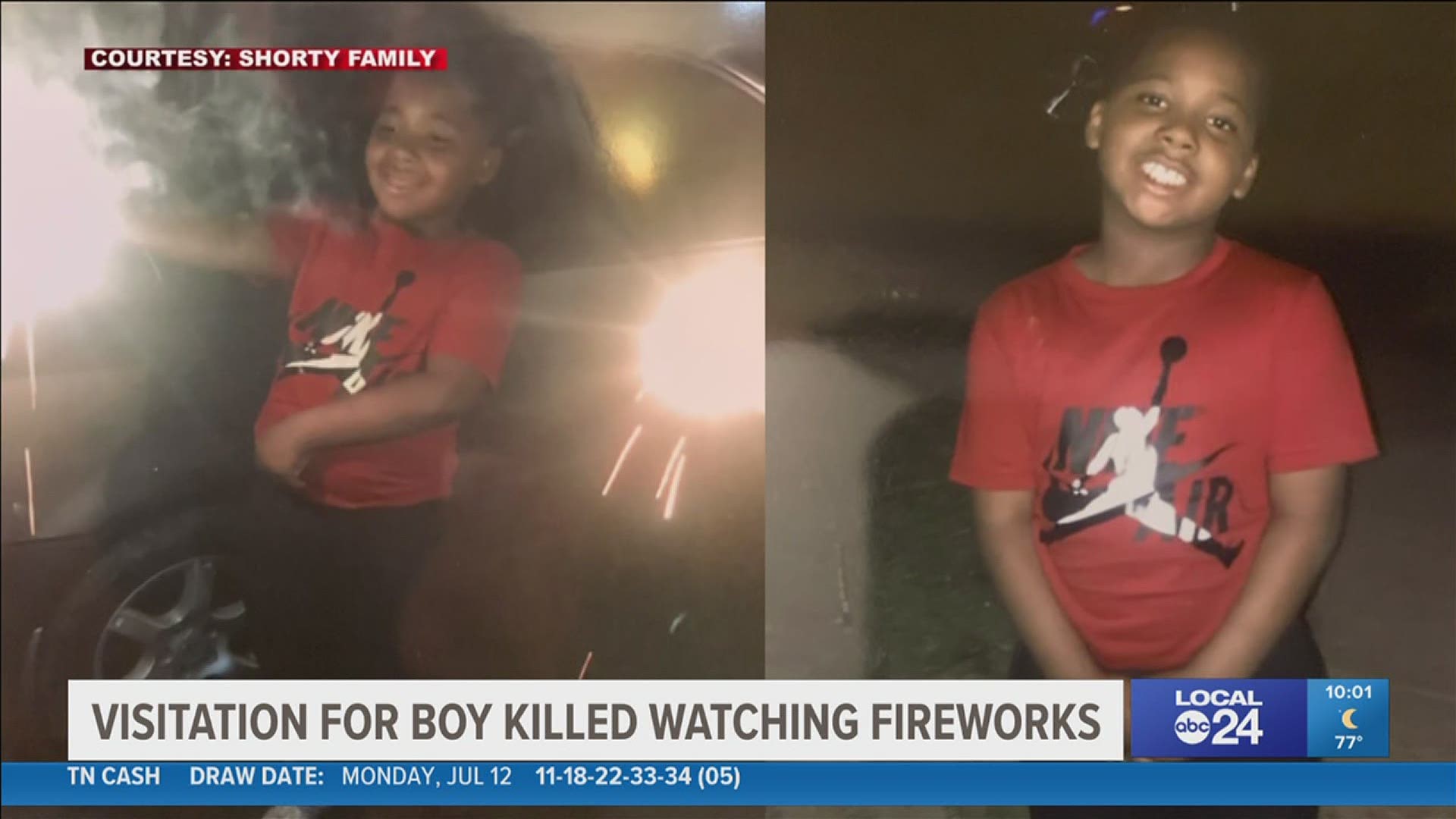 MEMPHIS, Tenn. — A swimmer, gamer who loved Fortnite and Spider-Man fan, Kelby Shorty is described by family as a sweet boy who was full of life.

The little boy was shot and killed on the Fourth of July while doing what most kids enjoy during the holiday, watching fireworks.

Sheriff Bonner offered his condolences to the family as they and close friends gathered Tuesday to remember Kelby in a visitation.

The victim was a rising second grader at Vollentine Optional School.

“Vollentine is our adopted school and it’s like I told his aunt and we feel like every kid over there belongs apart of the sheriff’s office.”

Three suspects, Jordan Pittman, Adoniss Wright and Angieline Kennedy have been arrested and charged in the fatal shooting.

“Whether it was an accident, whether it was just senseless violence, people that are responsible for these types of acts need to come to a funeral home and see what it does to the family,” said Bonner.

HAPPENING NOW: The family and friends of 7-year-old Kelby Shorty are gathered for his visitation. He lost his life while he and other children watched neighborhood fireworks on the Fourth of July. @LocalMemphis pic.twitter.com/YXOMA8vhb1

Kelby, a devoted football fan, had dreams of playing in the NFL with his best friend.

“We’re burying a seven-year-old child that was just beginning his life,” Bonner said. “Right in the prime of his life and it was taken away from him tragically.”

Relatives said they want justice and want the community to know Kelby was dearly loved and will remain in their hearts.