The Peanut Shoppe has been in Downtown Memphis since 1949. 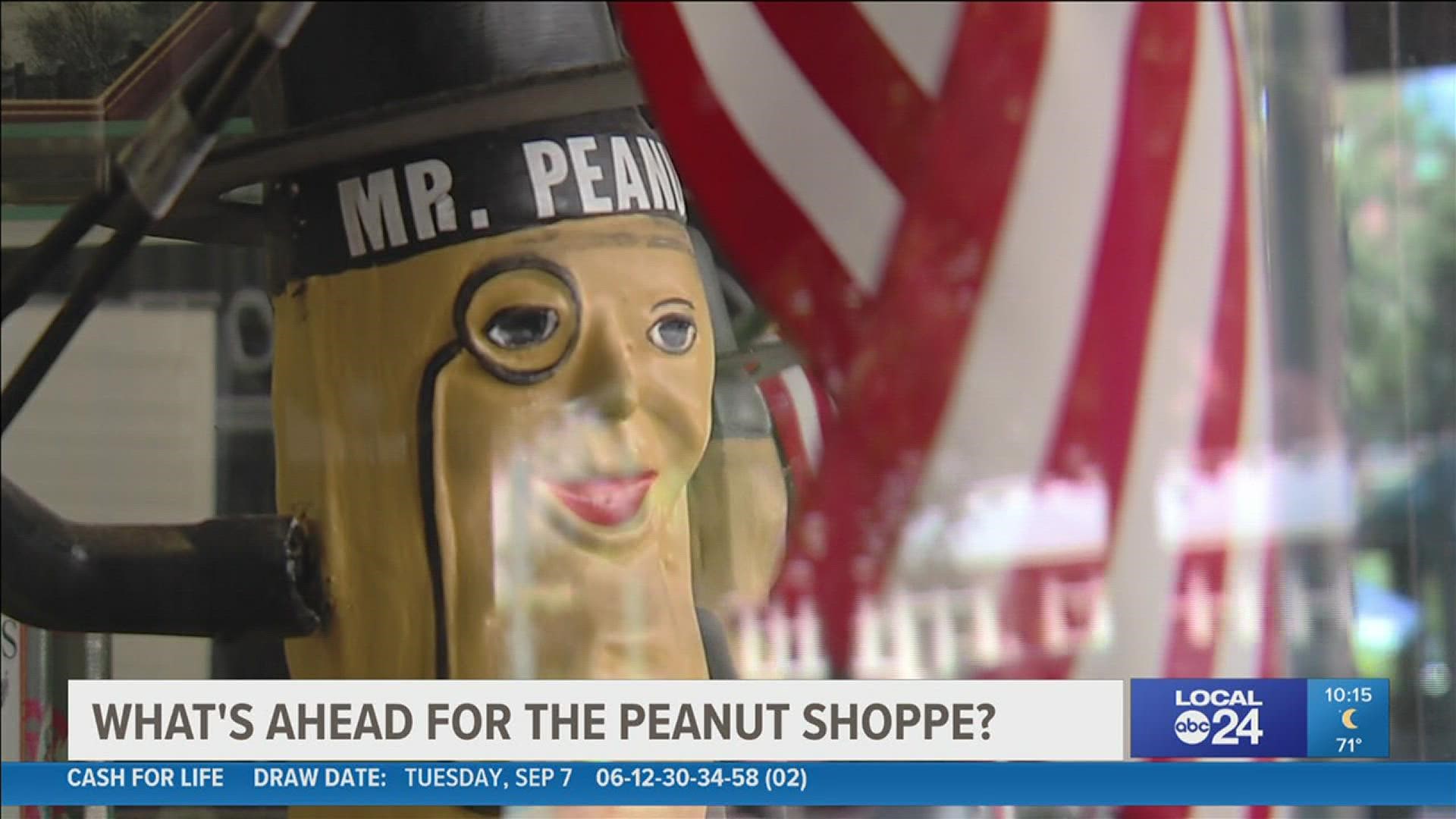 MEMPHIS, Tenn. — The Memphis Peanut Shoppe, in the heart of Downtown, is set to close in December.

Between the building being turned into apartments and rising rent prices in Downtown, the shop's co-owner, Rida AbuZaineh, said unless he finds an affordable location he will be closing for good. He said he has a location possibly in the works, but the rent is much more expensive than what he is paying now.

"I cry sometimes I’m not going to deny it," AbuZaineh said. "This is my baby, for me, my wife, my daughters they grew up here running up and down the aisle."

The Peanut Shoppe had three locations in Memphis, but the location at 24 South Main Street is its longest surviving since 1949.

AbuZaineh and his family took over the business on January 8, 1993. They are the longest-running co-owners in its history.

"It will teach you to value things," AbuZaineh said. "Good quality, a good relationship between owners and customers."

AbuZaineh has made sure to preserve the history of the store. Peanut wallpaper still lines the long, narrow shop and he roasts peanuts daily in a 1929 original Planter's peanut roaster.

We are absolutely speechless! Lily, with the kindness of her heart, reached out to us and started a GoFundMe for The...

Posted by The Peanut Shoppe Memphis on Friday, August 27, 2021

AbuZaineh said the happiness people get from the nostalgia his shop brings is what he finds fulfillment in.

"God blessed me, I have a job, I made somebody happy, I brought back memories for them," AbuZaineh said. "What else? That’s the simplest thing I can say."

Lifelong customer Tamara Odle, who could once barely see over the counter, said this place reminds her of home.

"Just the magic of walking inside it brings back memories when I was a little girl of coming in here," Odle said.

A GoFundMe has been set up by a longtime customer to help the AbuZaineh's relocate the store and offer some financial support. If they do not raise enough money to open a new shop, the proceeds will go to St. Jude.

"We don’t ask for much, we ask for little," AbuZaineh said. "Just one other thing. Don’t let the Peanut Shoppe die."