'Everyone is in a fog right now'; Collierville first responders rely on each other following mass shooting inside Kroger 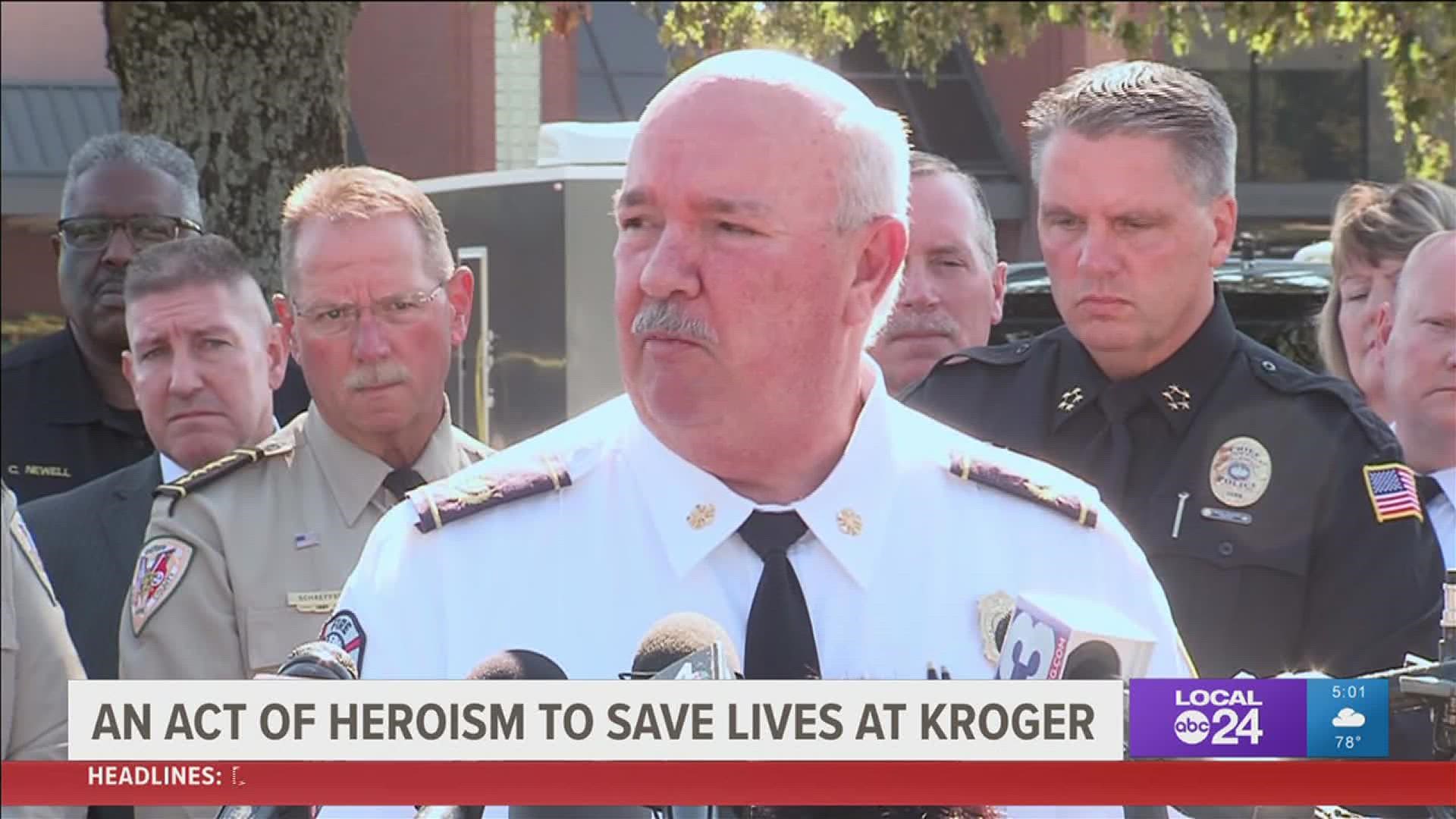 COLLIERVILLE, Tennessee — Friday, we learned more about the heroism of Collierville first responders who ran into the Kroger Thursday afternoon - while others ran out - during the mass shooting.

While the dramatic events took an emotional toll, those with Collierville Police and Fire believe a recent active shooting training paid dividends and saved lives in those dramatic moments inside the store.

Those first responders admitted they are reeling but also relying on each other, following the most challenging and stressful of days on duty, even for those with decades in law enforcement.

"I can tell you, everyone is in a fog right now, they are hanging in," Collierville Fire Chief Buddy Billings said.

That's the pain still being felt Friday by first responders in Collierville, one day after the worst mass shooting in the town's 151 year history.

"For the town of Collierville I think this is going to be one of those 'where were you when' events," Collierville Mayor Stan Joyner said.

The Shelby County community became the latest in this country forced to respond - and show resiliency - following unexpected gunfire and violence on innocent workers and shoppers in a busy public place.

"We removed people from freezers, closets, between pallets of groceries," Chief Lane said.

But moments of panic were met with preparation from those Collierville first responders, who just three months ago completed an active shooter training exercise with other Shelby County agencies.

"You don't want to be building relationships in the middle of a crisis and that's what's happened here," Chief Lane said.

That teamwork paid off, as police officers and firefighters worked together, acted quickly and showed little fear in confronting the active shooter threat and assisting the injured and the rattled.

"I've never been so proud of a group in my life, my whole career, looking in their faces yesterday there was no hesitation to do or go anywhere to help their fellow man," Chief Billings said.

Collierville first responders also thanked town leadership for providing them with protective equipment intended for active shooter situation, gear no community hopes they'll ever need but still need to have for any worst case crime scenarios.