'Where I am going to go?' | Peppertree Apartment residents worried about future after public nuisance order

Community partners and pastors are offering support for hundreds of families at the Whitehaven complex likely forced to find news housing when leases expire. 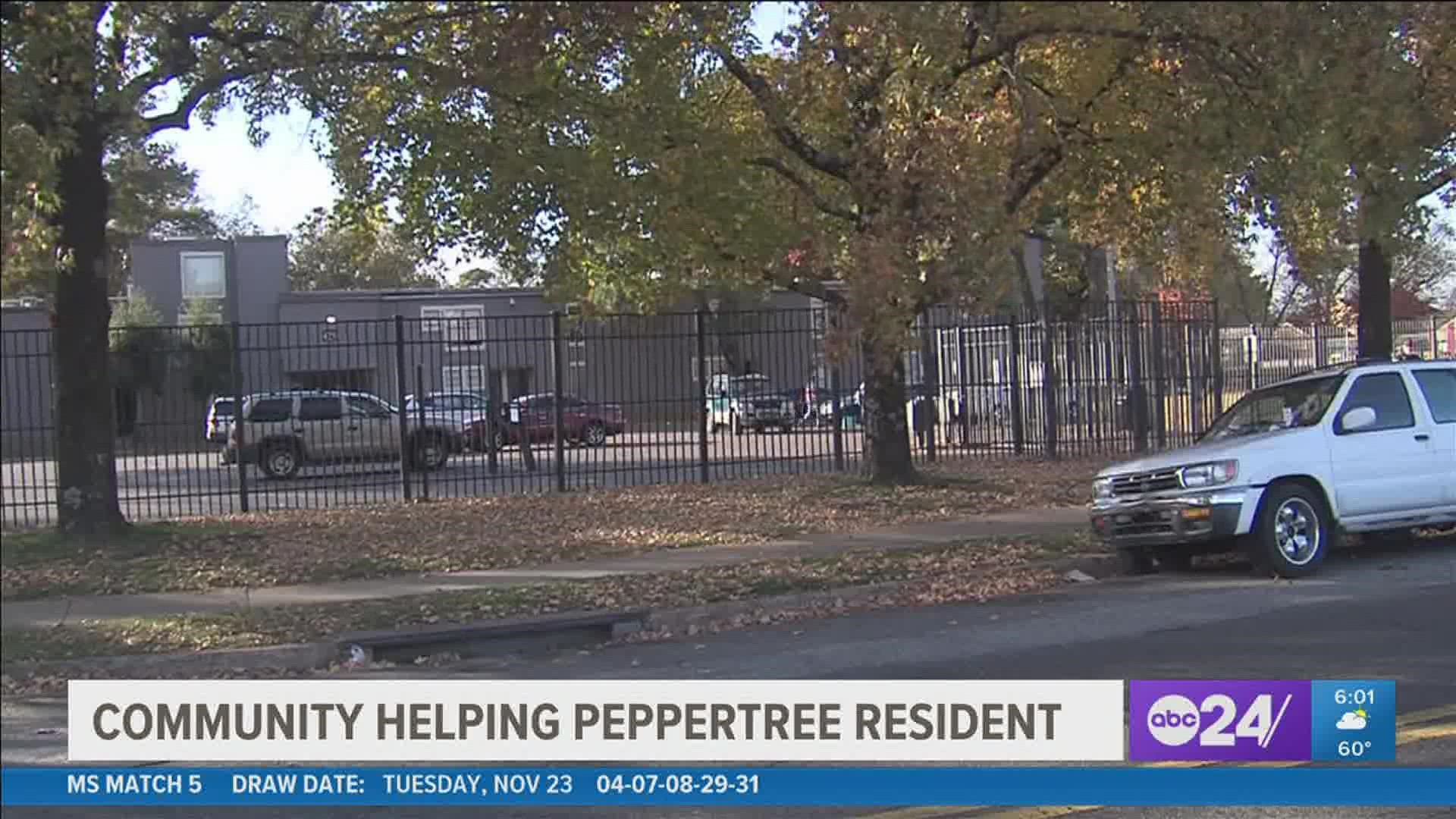 MEMPHIS, Tennessee — ABC24 News learned community partners and pastors are offering their help for hundreds of families expected to soon be displaced from the crime-riddled Peppertree Apartments in Whitehaven.

Tuesday, Shelby County District Attorney Amy Weirich filed a public nuisance petition against the complex. That means - unless a court says otherwise - current residents cannot renew their lease and no new residents are allowed to move in.

The D.A. said about 1,000 people in the complex will be impacted, more than 90% who are women and children.

For years, police and prosecutors detailed constant crime challenges at the Peppertree, including shootings, robberies, and drug trafficking.

Still, those who live in the complex on what happens next.

She's worried about a potential third time on the streets.

"I live in Memphis alone, I don't have family here. Who is going to take care of Connie? Where I am going to go?" Huddleston added.

Those fears came to light Tuesday, when a nuisance order petition by Weirich means hundreds of families in Peppertree Apartments will likely have to find new places to live when their leases expire.

Those with the City of Memphis and the Shelby County Community Services Agency promised to provide additional details early next week on next steps to help those at Peppertree find new - but equally affordable - housing.

"We want to be a neighbor to those transitioning that are in need right now," Ephie Johnson, Neighborhood Christian Centers President and CEO said Wednesday.

Johnson offered her organization's support, should any Peppertree families need emergency meals, toiletries, or groceries while transitioning from one apartment to another.

"Stability is going to be important, so if people are able to find places to move that are comparable, that's important," Johnson added.

ABC24 News went to their Germantown office Wednesday morning, but no one was there.

A public nuisance petition has been granted which bans any new leases at the Peppertree Apartments in Whitehaven where police have responded to more than 1,500 calls for service over the past 20 months, said Shelby County DA Gen. Weirich. #SCDAGNEWS https://t.co/aIEuhYXc0x