54-year-old Robert Earl Jackson is accused of drunk driving in the death of 31-year-old MPD Officer Nicholas Blow, who died in the crash Monday night. 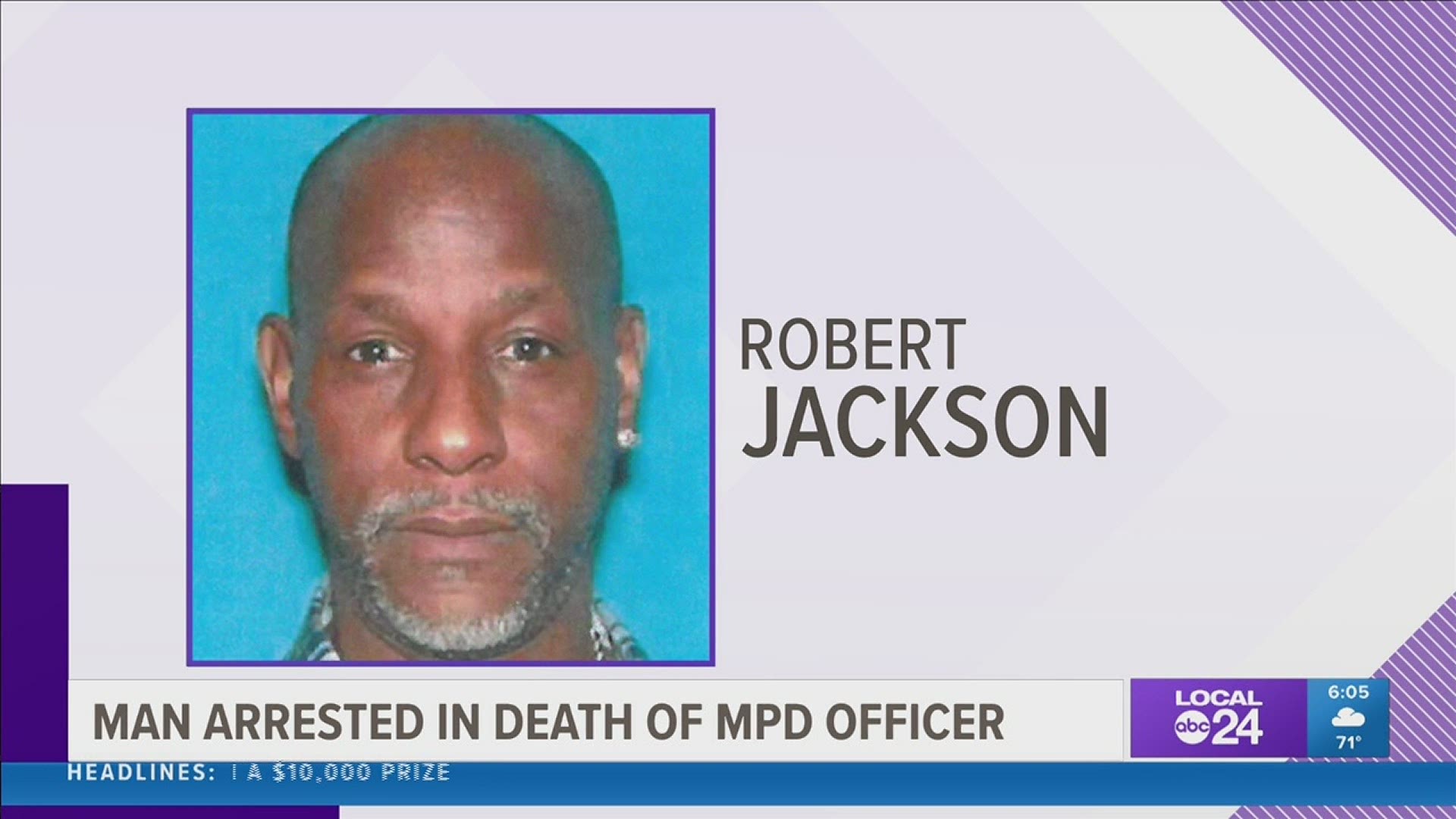 MEMPHIS, Tenn. — UPDATE 3/12/2021 - 1:05 p.m. - Just minutes after announcing they were looking for Robert Earl Jackson, Memphis Police said he was taken into custody.

Officers have located Robert Earl Jackson, he is in custody.

3/12/2021 - 12:45 p.m. Memphis Police have issued an arrest warrant for 54-year-old Robert Earl Jackson in the death of MPD Officer Nicholas Blow, who was killed in a crash Monday night.

Investigators said the results of Jackson's Blood Alcohol Content (BAC) have returned, and showed he was intoxicated at more than twice the legal limit when he was driving and hit Officer Blow, who was leaving the Raines Precinct.

Jackson is not in custody, and police are asking anyone with information on his whereabouts to call Crime Stoppers at 901-528-CASH.

An arrest warrant has been issued for Robert Earl Jackson for Aggravated Vehicular Homicide. Anyone who knows the whereabouts of Jackson should call Crime Stoppers at 901-528-CASH. pic.twitter.com/RNjRzOeUUj

Blow had been with the Memphis Police Department since October 2018. He was with the U.S. Army for 8 years, and was the father to a two-month-old child.

The driver of the other vehicle is in the hospital in non-critical condition. Charges have not been filed, and the investigation continues.

Tuesday, crash investigators had Raines blocked off to traffic has they reconstructed the crash scene. People who drive in that area told Local 24 News speeding is a problem on Raines.

"People drive up and down here like crazy. I don't know how people stop at that red light there. They go so fast," said driver Kristy Bennetson.

"Some people drive on the road like they are on the expressway, so it is a problem," said driver Betty Armstead.

"It could have been anybody. It would have been sad for anyone pulling out and getting killed - that is not good. I think people need to slow down," said driver Destiny Fields.

In a tweet, Memphis police said, "Our hearts are heavy, and we pray for Officer Blow's family throughout this difficult time."

The driver of the other vehicle remains in the hospital in non-critical condition due to injuries caused by the wreck. No charges have been filed. This is an ongoing investigation.

6:05 a.m. - A Memphis police officer was killed Monday night in a crash in Whitehaven.

According to MPD, the officer was leaving the Raines Station parking lot around 10:15 when he was hit by another vehicle.

The officer was taken to the hospital in critical condition, but later died from his injuries.

The identity of the officer has not been released at this time.

The driver of the vehicle that hit the officer was taken to the hospital in non-critical condition and has since been detained. Charges are pending.

The other driver has been detained; however, no charges have been filed at this point. This is an ongoing investigation. The identity of the off duty officer will be released once the next of kin notifications have been made.