The Hernando de Soto bridge had been closed since a crack was found in a beam May 11. 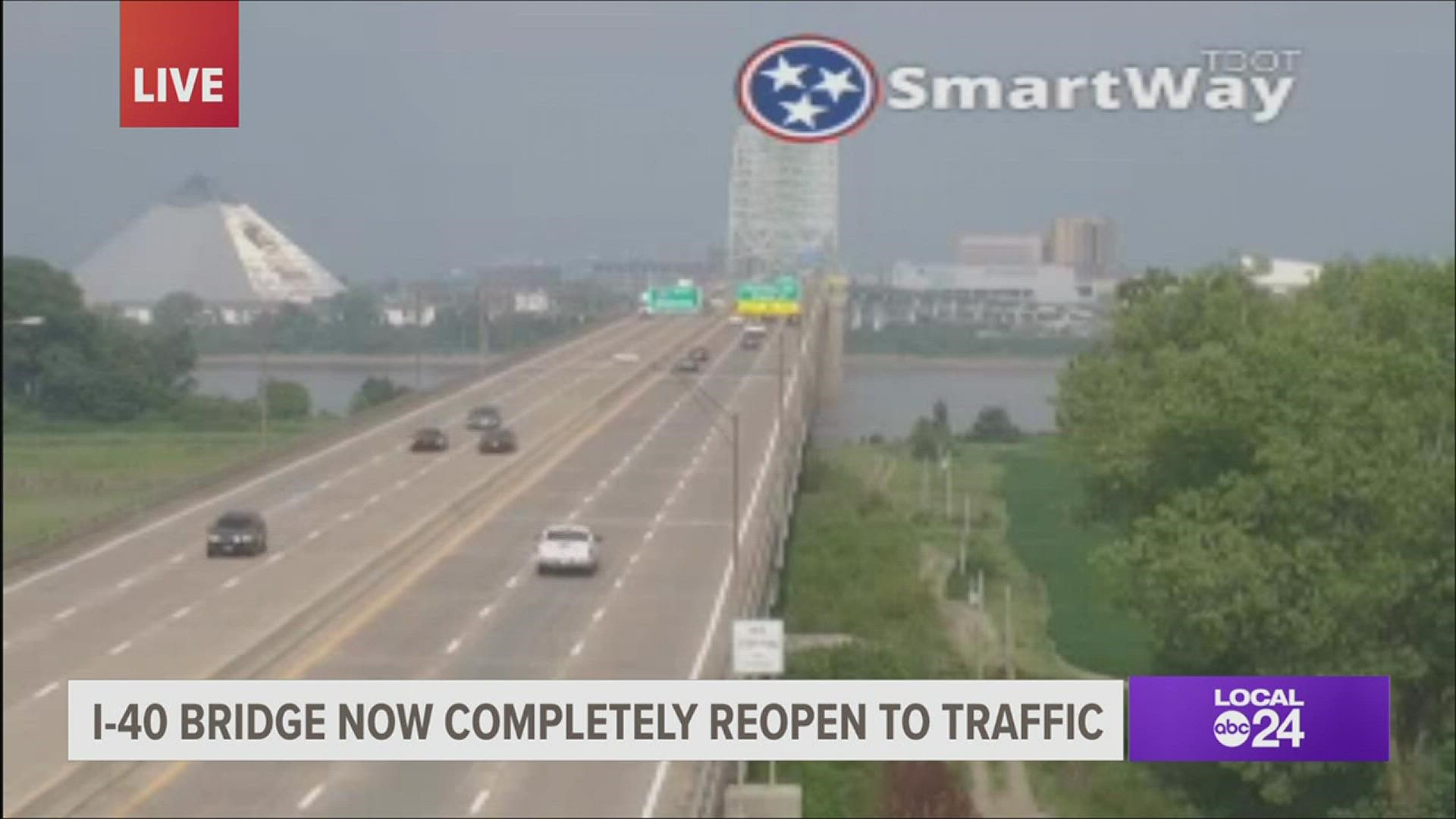 MEMPHIS, Tenn. — The Hernando de Soto Bridge has fully reopened to traffic, ahead of schedule.

The Tennessee Department of Transportation said it would open all westbound lanes by 3:00 p.m Monday; however, traffic began moving even earlier with the westbound lanes being opened just before 1:15 p.m.

All westbound lanes are OPEN on the I-40 Hernando DeSoto bridge! #Memphis pic.twitter.com/MOeNyG9TaI 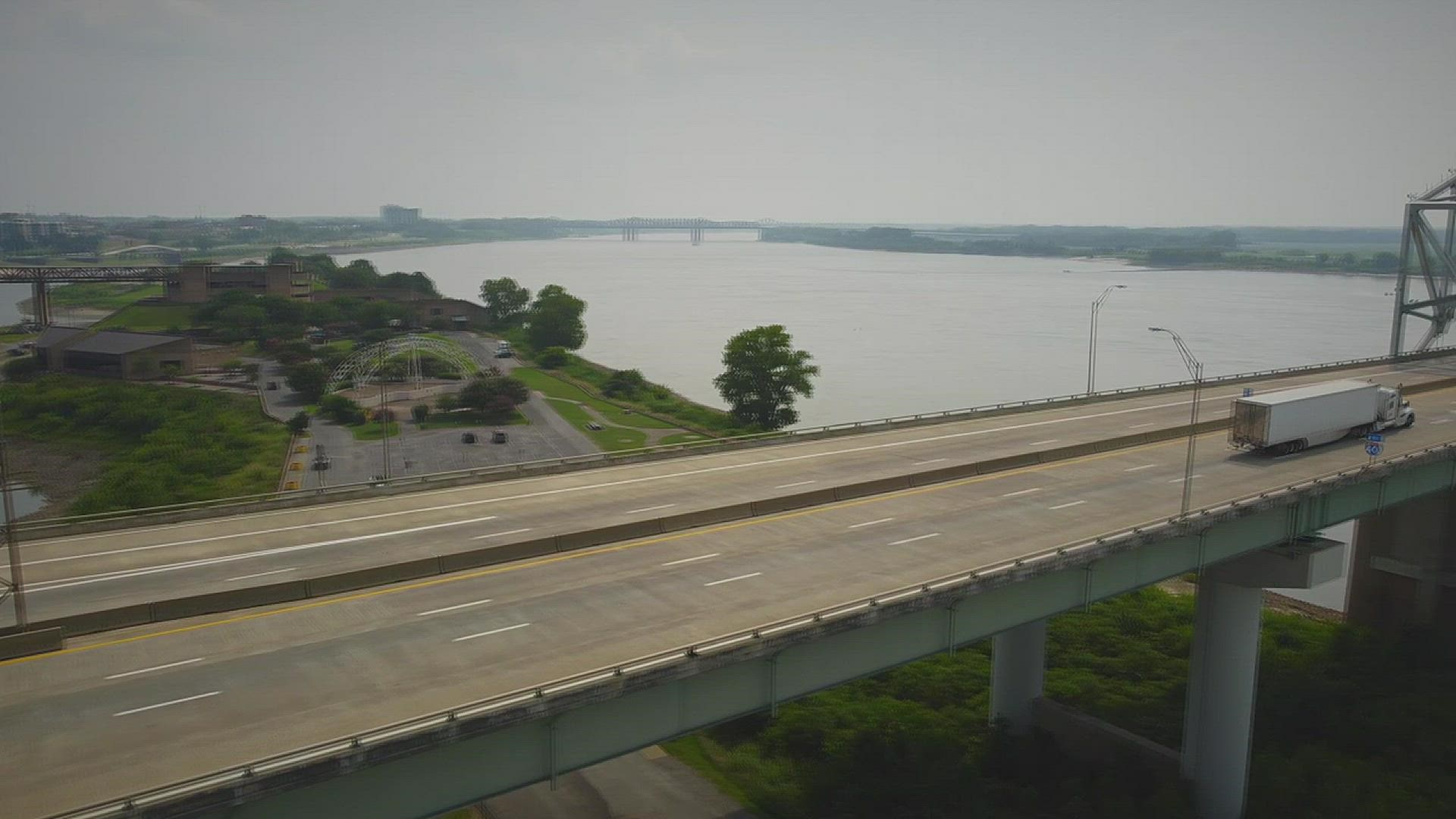 All eastbound lanes reopened to traffic Saturday night at 10:00 p.m. TDOT said ramps previously closed along I-40 westbound will be reopening, but, the ramp from Metal Museum Drive to I-55 south will remain closed. The right lane from Riverside Drive to I-55 south will also remain closed. All other ramps around the I-55 and Crump interchange will reopen.

The bridge was closed on May 11 to all traffic after Arkansas bridge inspectors noticed damage on the bridge.