Katherine Harris is charged with DUI after investigators said she ran into Deputy Austin Eldridge Friday night as he was helping another driver change a tire. 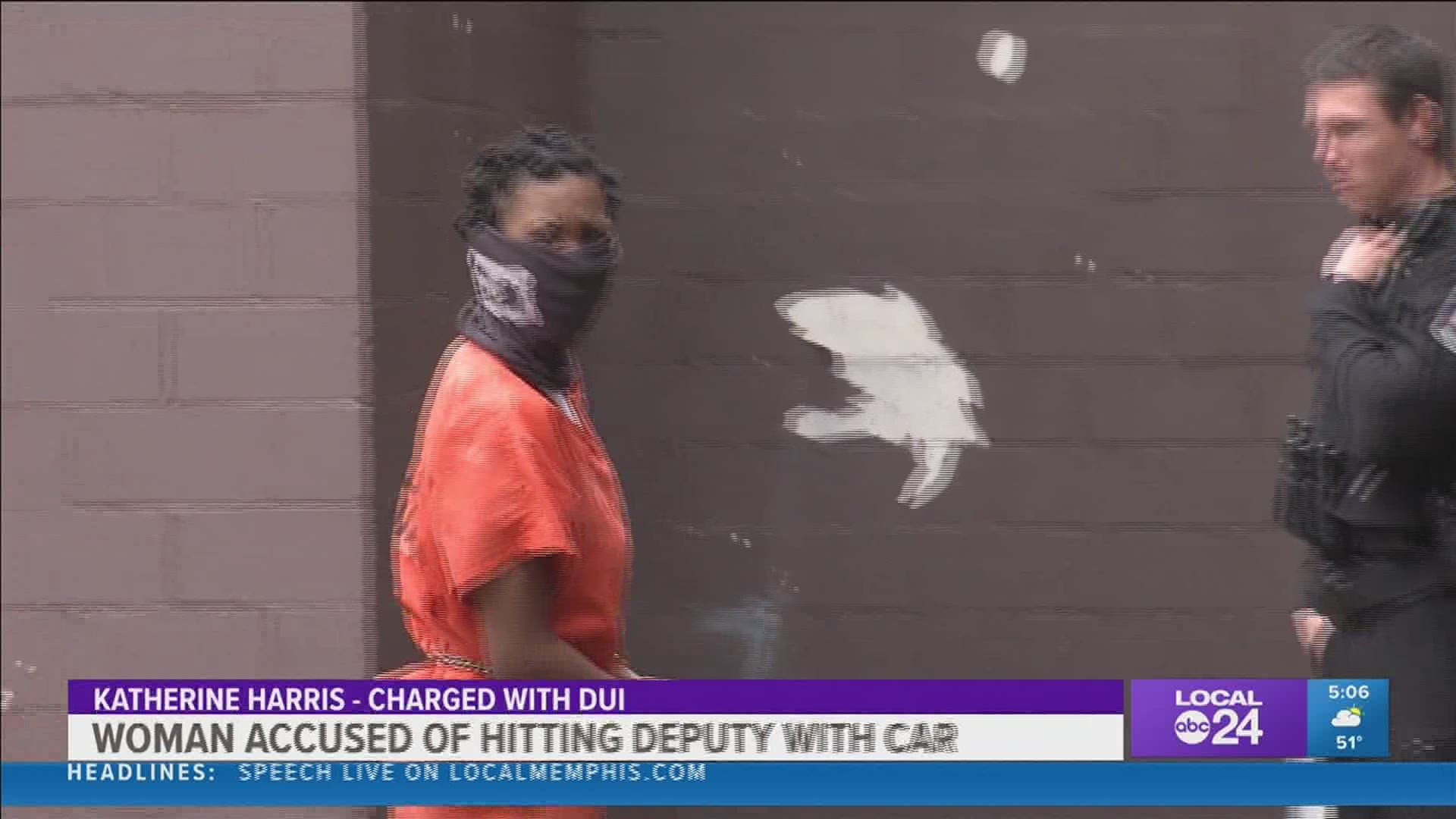 DESOTO COUNTY, Miss — UPDATE 2/8/2021 - Katharine Harris of Memphis made her first court appearance Monday on charges of DUI after investigators said she ran into a Desoto County deputy who was helping a driver change a tire.

A preliminary hearing is set for Tuesday morning.

2/6/2021 - A Memphis woman is charged with DUI after hitting a Desoto County deputy with her car while he was helping another driver change a tire.

It happened about 8:30 p.m. as Deputy Austin Eldridge was helping another driver change a tire in the eastbound lane of I-269, just east of the Laughter Road exit.

The Desoto County Sheriff’s Department said there was debris in the roadway that led to the deputy helping to change the tire for another driver.

Deputy Eldridge suffered injuries to both legs and was airlifted to Regional One in Memphis.

Katharine Harris, 37, of Memphis has been charged with DUI with injury. She is currently being held at the Tate County Jail without bond.

"It’s a very serious situation that we’re facing here," John Champion, the DeSoto County District Attorney said. "There were a lot of heroes out there last night that saved this officer's life."

For anyone who would like to help Deputy Eldridge and his family financially, click here to donate to his GoFundMe.

"He is a young man, he’s tough, he’s fighting a battle right now, but he will be back," DeSoto County Sheriff Bill Rasco said