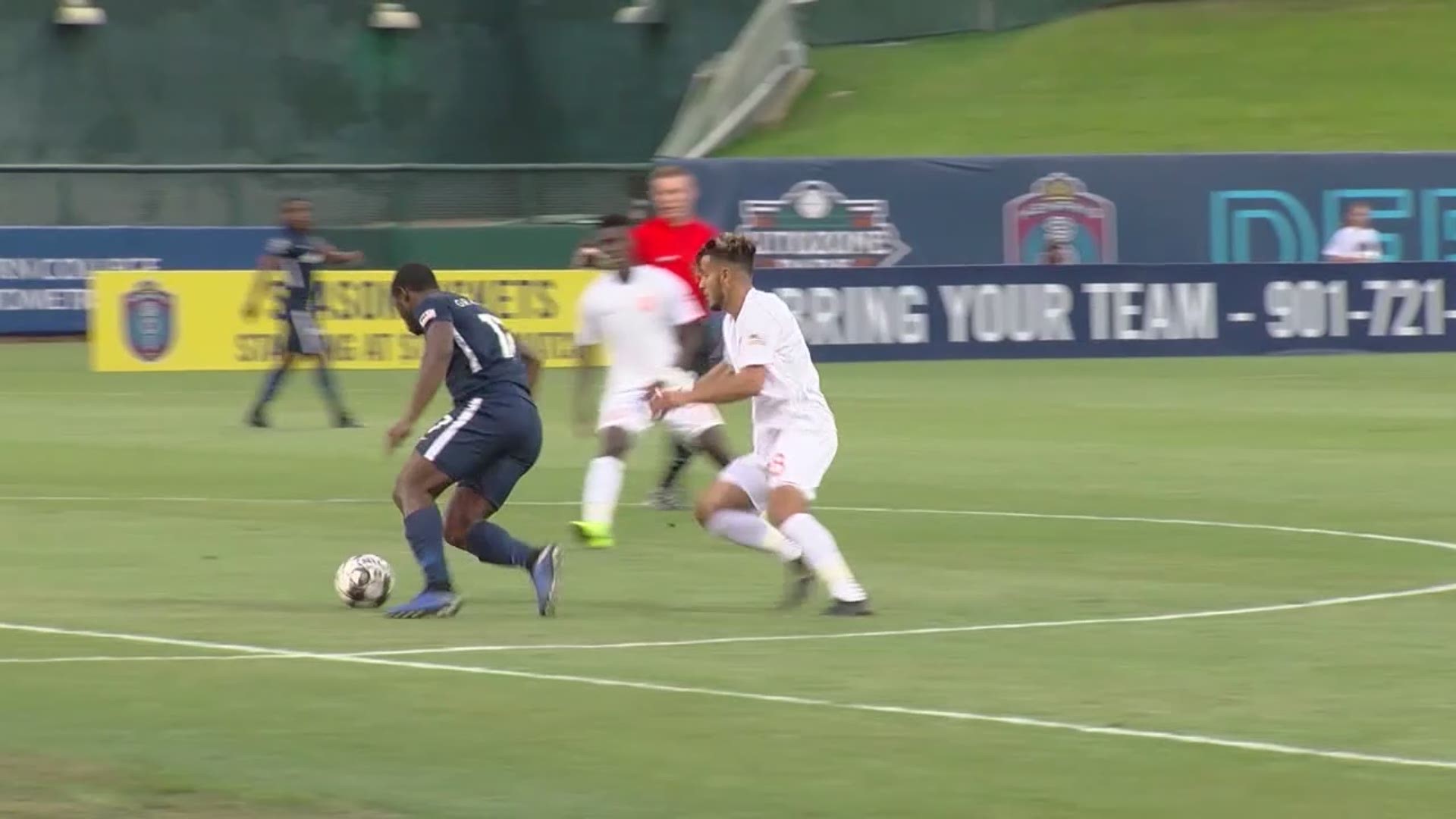 "It's been hard, I'm not going to lie," he said. "I miss the interactions with the guys, I miss the Saturdays waking up with butterflies in my stomach, the nerves going into the stadium. It has been really difficult."

This week has been a little easier for Mulqueen. The club began training in small groups Monday, as the city moves forward with Phase Two of Shelby County's Back To Business Framework.

"You miss being around them and having been around them Monday and Wednesday it has really got my juices going again and really upped my energy," he said. "I'm really excited to see them".

The players have stayed in shape using the same few fitness options most of us have: running and body weight exercises. So while even limited to just groups of four players at a time, this week has been a welcomed return to their usual conditioning.

"So much of their conditioning was in straight lines and going for runs," he said. "Now we're cutting and touching the ball and we're accelerating over shorter periods."

There is no timetable for resuming play just yet. Mulqueen says the only conclusion that has been reached in talks among coaches, is that a three week "ramp-up" period would likely be needed before their first match--whenever that may be.

For now, the club can celebrate this little victory; they are back on the pitch once again.