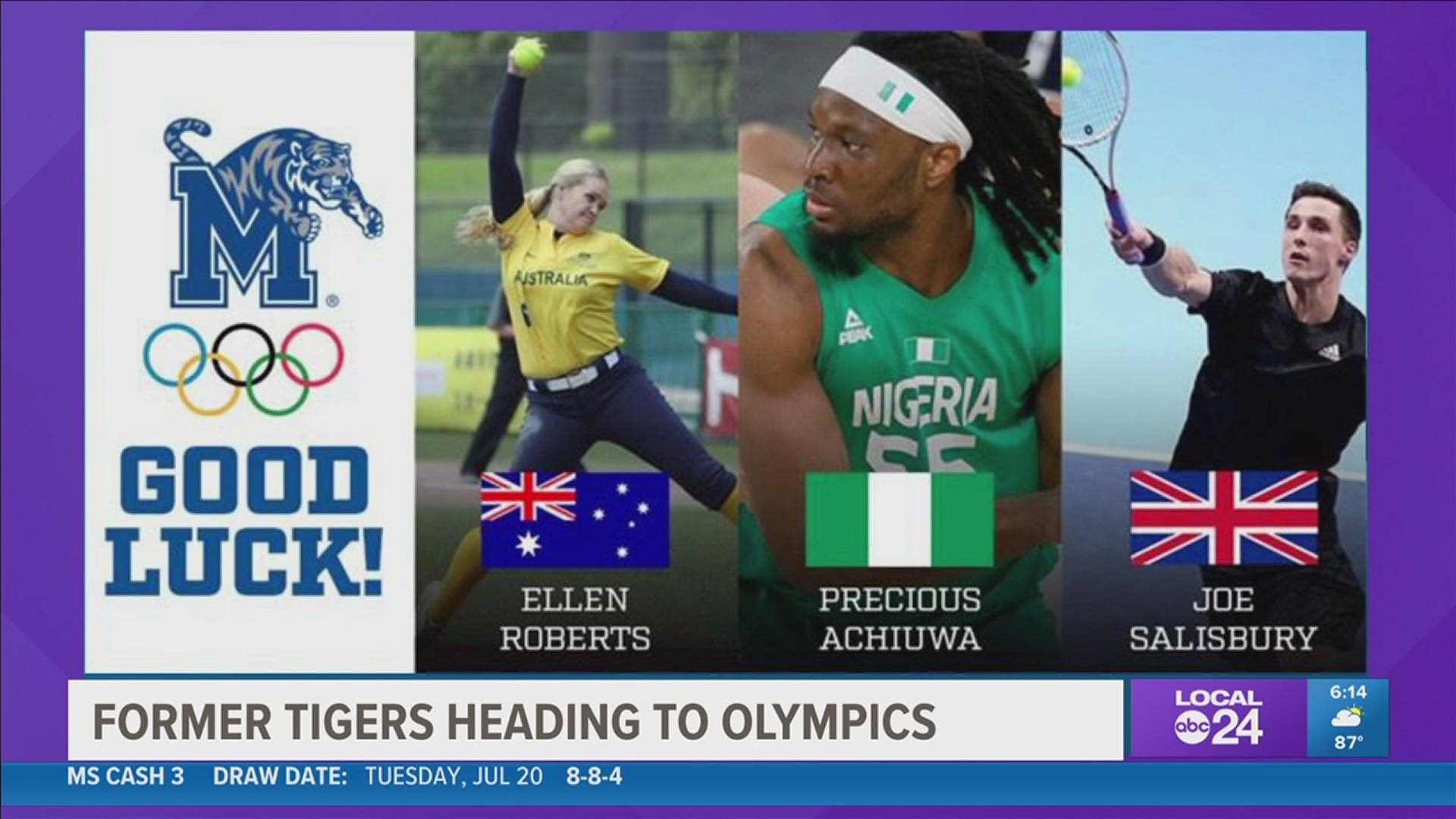 MEMPHIS, Tenn. — The Memphis Tigers will be well represented at the 2020 Olympic Games in Tokyo, as three former Tigers will compete in the 32nd Summer Olympics. Precious Achiuwa (2019-20) will be part of the Nigerian Men’s Basketball team, Ellen Roberts (2011-14) will compete for Australia’s Softball team, while Joe Salisbury (2010-14) will represent Great Britain in Men’s Tennis.

Achiuwa, who dazzled for the Tigers during the 2019-20 season, averaged nearly 16 points and 11 rebounds per game across 31 games for Memphis. His standout play as a freshman propelled him into the first round of the 2020 NBA Draft, as the Miami Heat selected the Nigerian native with the 20th overall pick. Born in Port Harcout, Nigeria, Achiuwa appeared in 61 games for the Heat during the 2020-21 season. In an average of 12 minutes per game with Miami, Achiuwa averaged five points and more than three rebounds per game. He is one of eight current NBA players on Nigeria’s 12-man Olympic roster.

Roberts appeared in 165 games overall with 103 appearances in the circle for the Tigers across four seasons. The Australian totaled 41 wins with a 3.04 ERA for Memphis, where she tossed more than 199 innings in each of her final three seasons. Roberts struck out 488 and walked just 190 in 659.1 total innings in the circle for Memphis. She holds the school record for most starts, complete games, and innings pitched. Roberts sits second in program history in wins and strikeouts. In 2017, Roberts became Memphis head coach Natalie Poole’s first player to sign with a National Pro Fastpitch team, as she joined the Chicago Bandits. She has also played professionally in Italy, the Netherlands, and Japan. Softball makes its return to the Olympics for the first time since 2008. In the prior four Olympic Softball tournaments (1996-08), Australia has medaled all four times.

After four years with the Tigers, Salisbury graduated as the program’s all-time leader in doubles wins with 97. He set the single-season victories total with 25 wins during the 2014-15 season. In his final season with the Tigers, Salisbury reached No. 3 in the ITA Career Doubles Rankings and No. 56 in the ITA Career Singles Rankings, both the highest rankings achieved while with Memphis. A two-time All-Conference USA First Team Doubles selection, Salisbury’s success has continued since his time with the Tigers. Alongside Rajeev Ram, Salisbury won the 2020 Australian Open Doubles title, the first Grand Slam title for a former UofM player. Salisbury also won the Mixed Doubles final at the 2021 French Open alongside Desirae Krawczyk. He’s currently ranked among the top-10 doubles players in the world.

The 2020 Tokyo opening ceremony will take place July 23 at the Olympic Stadium in Tokyo. Men’s Basketball will begin July 25, Softball got underway July 20, while Tennis is set to begin July 24.