Traffic for vehicles over the bridge remains halted. 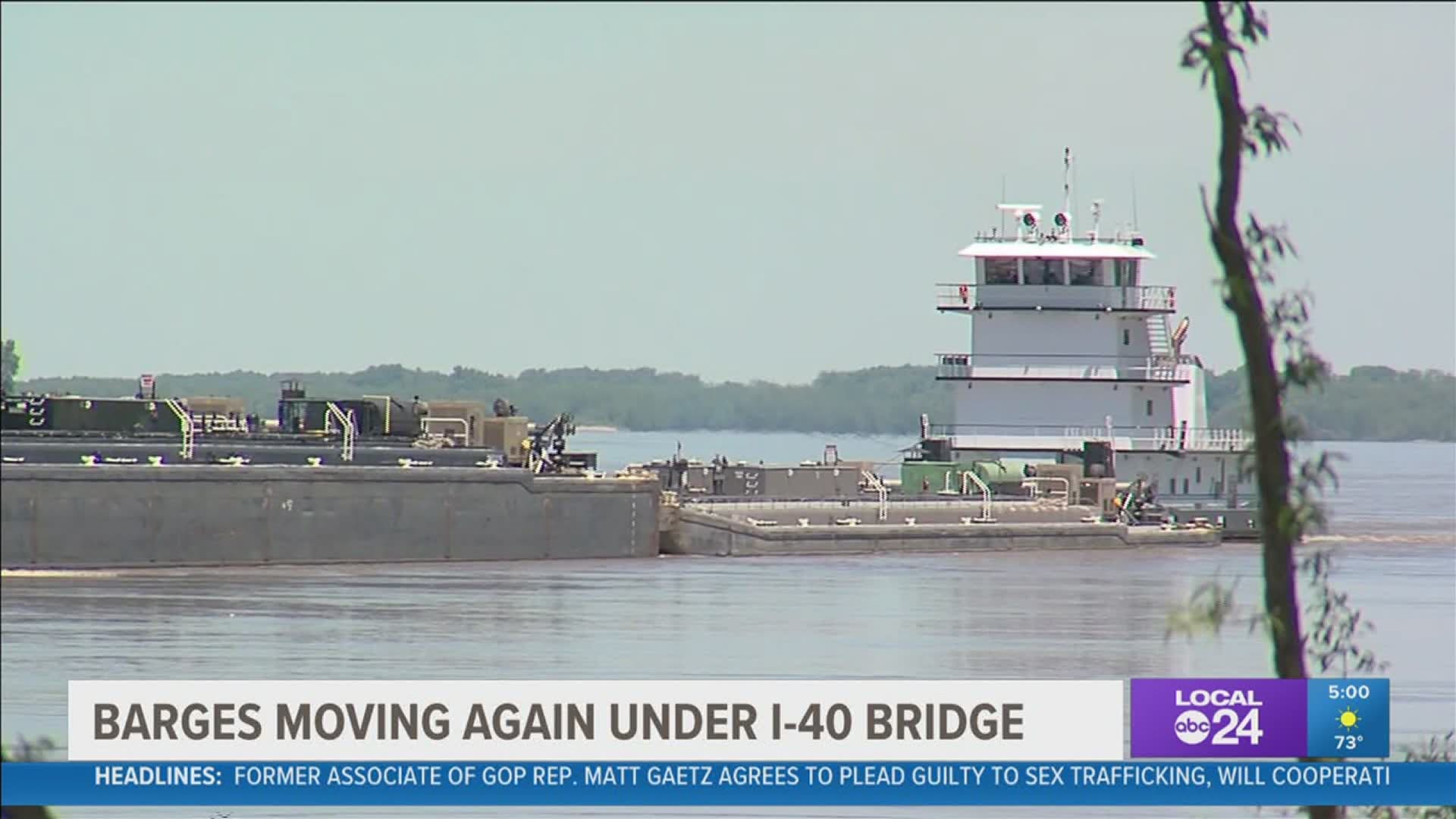 MEMPHIS, Tenn. — Barges and boats are once again moving in the Mississippi River below the I-40 Hernando de Soto bridge in Memphis.

The U.S. Coast Guard said Friday morning that the waterway restriction has been lifted for the river. Traffic for vehicles over the bridge remains halted.

All this comes after a "crack" was found during inspections Tuesday, and traffic was halted over concerns about the safety of the bridge.

The 1st barge heading under the I-40 Hernando DeSoto bridge! @USCGHeartland what a pretty site. pic.twitter.com/EBFMO1Ikyu

Read the full news release from the Coast Guard below:

The Coast Guard lifted the waterway restriction from mile marker 736 to mile marker 737 on the Mississippi River, Friday, in the vicinity of the I-40 bridge in Memphis, Tennessee.

The waterway is now open without restriction to all vessel traffic. As of Friday, there were 62 vessels and 1,058 barges in queue.

"Based on information provided to us by the Tennessee Department of Transportation, the Coast Guard has determined that transit under the I-40 bridge is safe for maritime traffic," said Coast Guard Capt. Ryan Rhodes, Captain of the Port of Memphis. "We appreciate the cooperative efforts of both the Tennessee and Arkansas Departments of Transportation, as well as maritime port partners, to ensure the safety of our waterway."

#UPDATE: The Coast Guard lifted the waterway restriction from mile marker 736 to mile marker 737 on the Mississippi River, Friday.

The waterway is now open without restriction to all vessel traffic. Read more at our #newsroom: https://t.co/jswP7Chrq9 pic.twitter.com/DhOwZ3xqoO

From the Tennessee Department of Transportation: